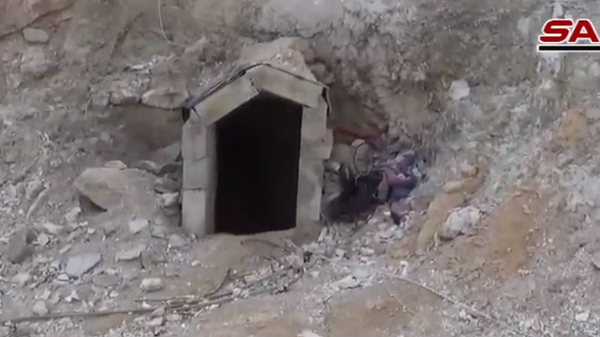 Ilya Tsukanov
All materialsWrite to the author
The Syrian military began an offensive in Idlib in December following repeated violations of the ceasefire by terrorist militias, which led to the deaths of dozens of government troops.

Syrian media has released new footage of the eerie underground terrorist hideouts in the recently liberated areas of Idlib province, including a fortified jihadist headquarters in Babila, a small village in the Maarat al-Numan district, and the underground headquarters of al-Nusra Front* in the outskirts of the town of Maardabsa.

The Babila footage shows a reporter walking through an intricate network of artificially hollowed out and fortified caverns, with the facilities featuring modern-day conveniences and littered with the remains of weapons, equipment, supplies, and even a mural possibly created by the militants.

Footage of the al-Nusra Front* hideout shows that the base was literally carved into the nearby mountainside, with its facilities including sleeping quarters, weaponry and unmarked chemical containers, with some of the equipment appearing to have been damaged or destroyed long before the Syrian Army’s advance.

Along with the videos, the Syrian Arab News Agency released photos of the recently-cleared terrorist hideouts.

Earlier this week, the military discovered an underground Nusra fortress hidden underneath the local museum building in the strategic city of Maarat al-Numan, which was recently liberated. The two-level underground complex spans some 1,000 square meters, including an improvised prison and torture facilities for local residents resisting the militants’ rule.

The Syrian Army began an offensive in southeast Idlib in December amid repeated militant attacks on government troops and civilians. A fresh ceasefire was secured in January following negotiations between Russia and Turkey, but militants broke the agreements and resumed their attacks, killing 40 Syrian servicemen and injuring dozens of others, prompting Syrian troops to continue their operation. 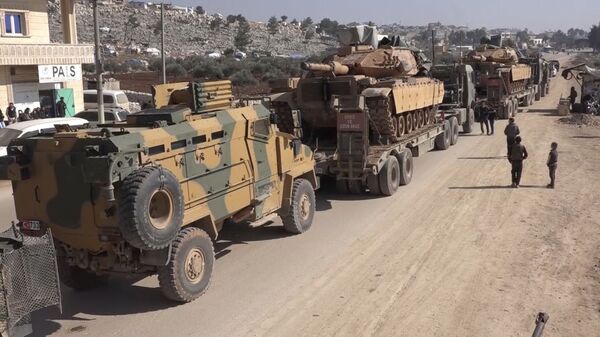 In this frame grab from video taken on Sunday, Feb. 2, 2020, a Turkey Armed Forces convoy is seen at the northern town of Sarmada, in Idlib province, Syria
© AP Photo / APTN

On Wednesday, Turkish President Recep Tayyip Erdogan warned that Turkey would “respond” if the Syrian Army did not withdraw its troops behind Turkish observation posts set up in Idlib by the end of the month. A day earlier, the Syrian General Staff gave militants one last chance to lay down their arms or face destruction. President Erdogan spoke with Russian President Vladimir Putin about regulating the conflict on Tuesday, with the two sides reporting ‘constructive’ talks and promising to remain in contact. On February 3, the Turkish military reported that six Turkish servicemen had been killed in an attack by the Syrian Army.

Situated in the country’s northwest along the Turkish border, Idlib has become the last major stronghold of various factions of anti-government militias and terrorists, with a large portion of the territory controlled by Nusra militants. Efforts to liberate the territory have been complicated by the large numbers of civilians concentrated in the region, with terrorists accused of using them as human shields. Turkey has expressed concerns about the prospects of tens or even hundreds of thousands of civilian refugees fleeing across the border. 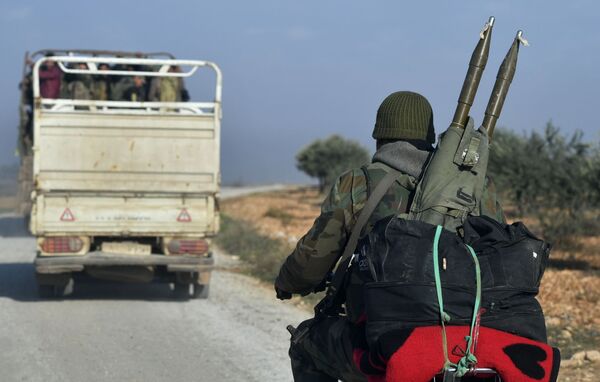 * An al-Qaeda affiliate banned in Russia and many other countries.