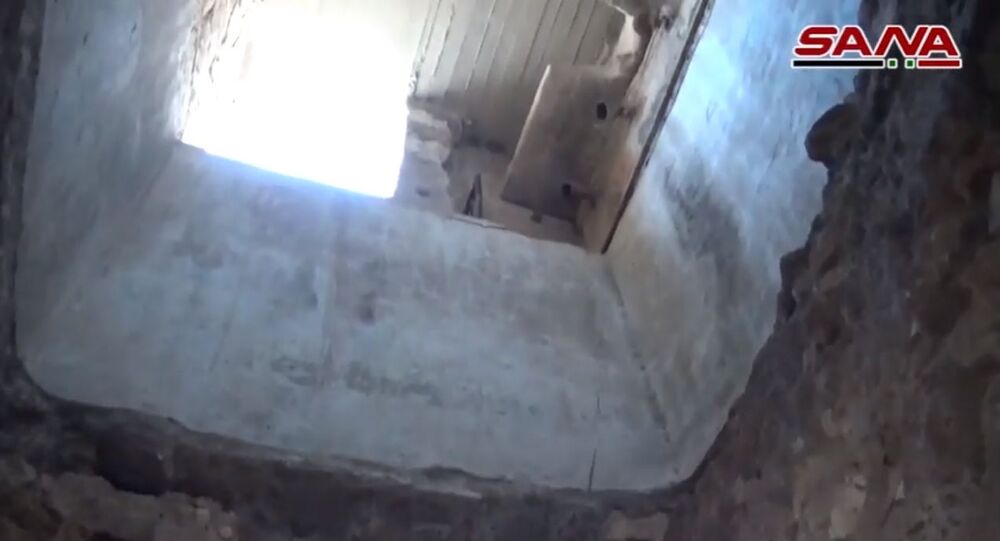 The Syrian Army has recently run offensive operations in response to continuing violations of the ceasefire agreements by Idlib militants, liberating some of the cities and villages along the line of separation.

Syrian military forces have discovered an underground fortified headquarters of the Jabhat al-Nusra* terrorist organisation under the building of the Maarat al-Numan city museum, SANA news agency reported. The two-level underground construction, which spans approximately 1,000 square metres , served as a base of operations for terrorists, and had improvised prison and torture rooms for citizens who expressed discontent with their activities.

The walls of the headquarters, which were found in the course of a sweeping operation by the Syrian Army, were made of reinforced concrete in order to withstand bombardments or shelling by Damascus' military. Similar underground structures, trenches and caves were found in the nearby Babila village and town of Khan al-Subol, SANA reported.

The Syrian Army has recently advanced further into Idlib following months of reports of ceasefire violations on the part of militants occupying the province. It regained control over some of the cities which had been lost during the 2012 turmoil in the country.