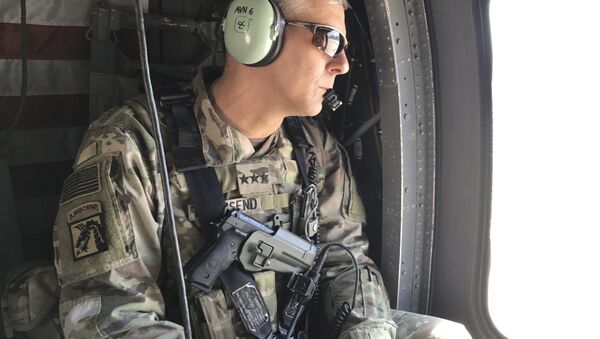 The US Africa Command’s warnings come amid numerous reports and proposals calling on the Trump administration to reduce US combat forces on the continent to focus more on threats from China and Russia.

The head of the US Africa Command (AFRICOM), General Stephen Townsend, said that the presence of US military forces in Africa has strategic importance to country’s national security, calling on the Defence Department to care more about Africa.

"I think that in the past maybe we've been able to pay less attention to Africa and it be okay for America. I don't believe that's the case for the future," Townsend said during a hearing at the Senate Armed Services Committee on Thursday.

Townsend revealed that the approximate number of US troops in Africa is 5,000, along with about 1,000 Pentagon civilians and contractors, warning that a reduction of these forces would potentially leave a “void” for Chinese and Russian influence in the continent.

"If the US steps back from Africa too far, China and Russia will fill the void to our detriment. Violent extremist organizations will be able to grow unchecked, some will ultimately threaten the homeland, and we will lose opportunities for increased trade and investments with some of the fastest growing economies in the world," the general said.

Townsend argued that Russian mercenary influence, Chinese investment, and terrorist groups in Africa such as ISIS*, al Qaeda* and al-Shabaab* are all reasons that make US military presence in Africa a necessity.

US Defence Secretary Mark Esper said that his department’s review of the military’s combatant commands might not necessarily lead to a reduction in troop levels, but could lead to re-tasking troops away from counter-terrorism operations.

*ISIS, al Qaeda and al-Shabaab are terrorist groups banned in Russia and many other countries.