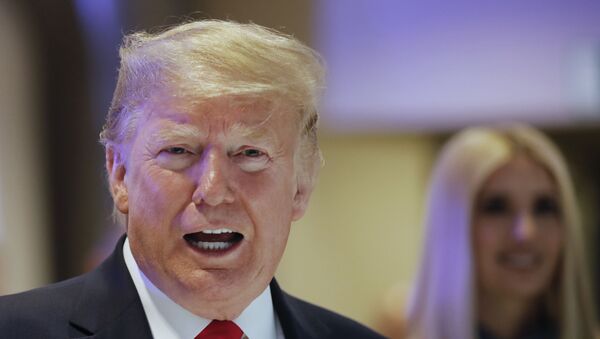 House Judiciary Committee Chairman Jerrold Nadler accused President Trump of putting his own personal interests above national security and American democracy, saying that his conduct is worse than Nixon’s during the notorious Watergate scandal.

Nadler kicked-off his speech during day two of the Senate impeachment trial by saying that “no president has ever used his office to compel a foreign nation to help him cheat in our elections,” adding that “this conduct is not America First, it’s Donald Trump first,” referring to Trump’s MAGA campaign slogan.

“It puts even President Nixon to shame,” Nadler said, accusing Trump of trying to undermine the Congress’ inquiry by denying documents and witnesses.

The first day of the impeachment trial was occupied by Rep. Adam Schiff and his team, who used more than seven hours to make their case. They left 16 hours and 42 minutes for the House Democrats to make their opening arguments, after which on Saturday, Trump's lawyers will take the floor.

Democrats are currently demanding the Trump administration to release the documents they've withheld related to Ukraine dealings and allow testimony from new witnesses who failed to show in the House inquiry, including former National Security Adviser John Bolton. They had also voiced concerns over Trump’s speech related to the impeachment trial during his time at the World Economic Forum in Davos.

“It is beyond belief - beyond belief - that the president of the United States would even go to Davos in the middle of an impeachment trial, and then make statements like that to intimidate the jury, and to gloat over the fact that he has not turned documents over,” Sen. Tom Udall said Thursday.

Some GOP senators have promoted witness reciprocity and called for Hunter Biden to testify about what he was doing on the board of the Ukraine energy company Burisma.

“Hunter Biden is a material witness, and if we're going to call witnesses, I want to see him on the stand and those questions need to be asked,” Sen. Joshua Hawley said Thursday. He added that the caucus is in regular talks to keep tabs on where senators stand, as after opening statements from both sides, there will be another vote on whether to allow for new witnesses and documents in the coming days. Nadler had earlier accused Republican senators of engaging in a "cover-up" if they deny witnesses, saying it's "an absolutely indefensible" and "treacherous" vote.

Senators Spotted Playing With Fidget Spinners to Kill Boredom During Impeachment Trial
“There’s an ongoing conversation, informal, on what people are thinking. We are spending a lot of time together,” he added.

The Senate GOP leadership is working to avoid going down the witness path with Democrats, a Senate leadership source told Fox News, adding that GOP leaders are trying to avoid a witness reciprocity showdown where Bolton would testify in exchange for Hunter Biden, for example.

Several Republican Senators said on Thursday they’d rather not extend the trial, including Senator Lindsey Graham, who said, “I want to end this thing sooner rather than later. I don’t want to turn it into a circus.”

During their turn for arguments, Democratic Rep. Sylvia Garcia accused Trump of cooking up the idea for an investigation after he saw Fox News polling that Biden was beating him in a 2020 matchup, while Sen. Sherrod Brown, D-Ohio, says he’s doing personal outreach to Republicans to try to break their unity around Trump.

The House Democrats accused POTUS of abusing power by "pressuring” Ukrainian President Volodymyr Zelensky to investigate potential corruption involving former US Vice President Joe Biden and his son in Ukraine. Trump has repeatedly blasted the impeachment efforts by Democrats as another "witch-hunt" and "impeachment hoax."