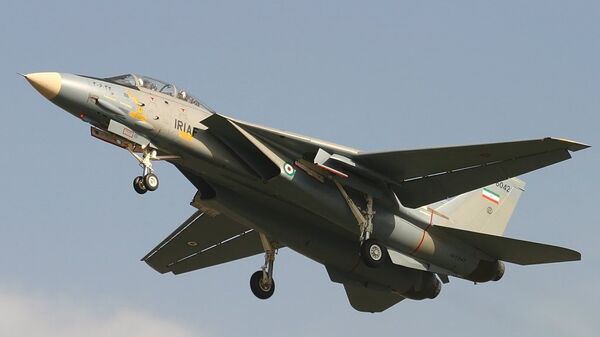 Tehran has deployed F-14 fighter jets to the country's borders in the wake of Iranian General Qasem Soleimani's murder after the military official was killed in an airstrike near Baghdad International Airport, authorised by US President Donald Trump, Iranian state TV reported.

Earlier in the day, the US Department of Defence confirmed that the US forces in Iraq had killed Maj. Gen. Qasem Soleimani, the commander of the elite Quds Force of Iran’s Islamic Revolutionary Guard Corps, which is considered a foreign terrorist organisation by Washington.

The US claimed that Soleimani was responsible for deaths of "hundreds of Americans" and also accused the general of orchestrating attacks on coalition bases in Iraq, motivating the Iraqi airstrike as a means to deter "future Iranian attack plans".

Following the reports of the general's death, authorities in Tehran strongly condemned the United States, pledging to take action to avenge his death.