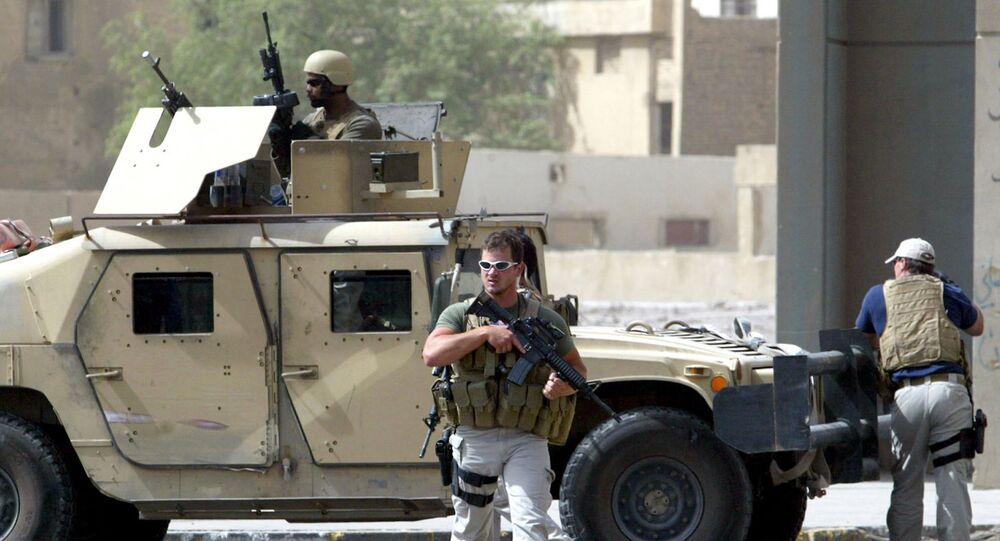 Earlier in the day, Iraq's Shia Popular Mobilization Forces (PMF) said that five members of the militia as well as “two guests” had been killed by rocket fire near the Baghdad International Airport, media reported.

The United States carried out on Friday strikes on two Iran-linked targets in the Iraqi capital of Baghdad, the Reuters news agency reported, citing unnamed US officials.

Earlier in the day, a source in the Iraqi security services said that several people had been killed by the rocket fire.

Iraq's Shia Popular Mobilisation Forces said its senior official in charge of public relations, Mohammed Jabiri, had been killed in the incident along with four other members of the militia and "two guests".

The rockets are said to have fallen near the facilities of the Iraqi army and the international coalition. According to Al-Sumaria broadcaster, the incident injured 12 Iraqi servicemen and killed a civilian.

The situation in Iraq escalated on Tuesday when Shia protesters attempted to storm the gates of the US Embassy in Baghdad following airstrikes on an Iran-backed unit of Kataib Hezbollah operating in the country.