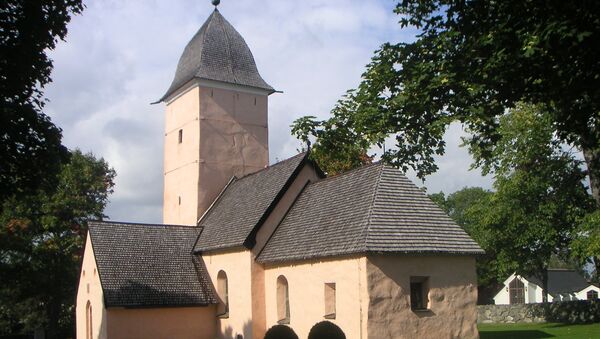 Decline in worshippers, loss of faith, relocation to urban areas and shrinking church funds have been blamed for the trend.

Between 2000 and 2018, a total of 104 churches were taken out of service, most of them in the northern Diocese of Härnösand, the national broadcaster SVT reported.

2018 became one of the peak years, with about ten churches closed down.

Declining membership in the Swedish Church, fewer people coming to worship, and relocation from the sparsely populated areas to the cities are the main reasons for this trend.

While Markus Dahlberg, who is responsible for the cultural heritage within the Church of Sweden, admitted that emotions swell every time a church is decommissioned, most often there is no other choice.

"This is something we will be living with for a long time", Markus Dahlberg said. "It cannot be that church administration is the main task of the Swedish Church".

Still, it is more of a rule that the church closure stirs heated debates, Markus Dahlberg admitted. Many associate churches with their family history, and remember "this is where Grandma and Grandpa got married" or "this is where Mom is buried".

"It may also be that the building carries much of the countryside's history", Dahlberg said.

Admittedly, the state grants nearly half a billion kronor (about $50 million) a year to the Swedish Church for the maintenance and renovation of culturally protected buildings, but this corresponds to only about a quarter of the costs.

"We just had a discussion with the state about the size of the subsidy. It has remained level for a long time, so you can say that it has eroded as costs increase", Dahlberg said.

After closure, some churches, mostly smaller chapels that are not adjacent to burial grounds, are converted into housing. Others have been demolished, in some cases turned into museums or schools. Still, others have been taken over by other Christian denominations of Sweden's numerous "free churches". A Chinese artist has recently bought one church in Härnösand Diocese.

According to Markus Dahlberg, even non-Christian congregations, such as Muslims, may take over in the future.

"It may well become a topical issue in the future, but then you really have to think it through so that it feels right and reasonable", Dahlberg said.

As of today, the Church of Sweden has over 3,000 churches left under its supervision, alongside other buildings, such as parish halls. It is dependent on a so-called "church fee" which is paid by the members of Church of Sweden and may reach as much as 2 per cent.

While remaining Europe's largest Lutheran denomination with over 5 million followers, the Church of Sweden has long been leaking members at a rapid pace of about 2 per cent a year. As of 2018, 57 per cent of the Swedish population were members of the Swedish Church, a marked drop from 95 per cent in 1972, in a matter of only a few decades.

The Church of Sweden is known for its liberal position on issues such as homosexuality, mass immigration, and climate change and is often blamed for its perceived "activist" position. Archbishop Antje Jackelén has sparked controversy by attacking the "patriarchy" and "destructive masculinity", most recently in her Christmas piece. In contrast, Bishop Eva Brunne stirred outrage by claiming she had more in common with Muslims than the so-called "Christian right".