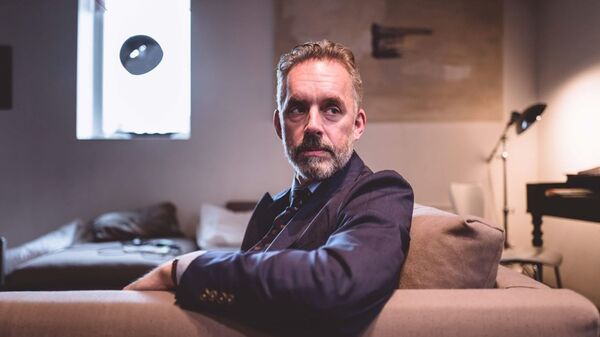 A recently released documentary about the personal life and social ideas of Canadian psychology professor Jordan Peterson has received a strong and negative reaction from representatives of the left-wing political spectrum, with many cinemas even refusing to screen the film.

Writer, producer and director of widely discussed documentary “The Rise of Jordan Peterson” Patricia Marcoccia has given a lengthy interview to Merion West, where she detailed her long-lasting acquaintance with the well-known Canadian psychology guru and her film’s main character Jordan Peterson, as well as discussed the backlash she faced during the documentary’s production - even from her closest friends.

“I would say the social aspects of making the film were really difficult for me because a lot of my network, friends and social circle is progressive, and, obviously, progressives are not a fan of his—in some ways because of the news they see about him”, the filmmaker revealed, while noting that Peterson himself does not always “cut much slack to the social justice Left”.

Marcoccia, who has been working on the movie alongside her husband Maziar Ghaderi, said that it was particularly challenging to talk about her work during various networking events due to the “automatic judgement” that she would receive from her colleagues.

“I was pretty uncomfortable to talk about it, ‘Oh, I’m working on the Jordan Peterson film’ because there was this sort of automatic judgment of: ‘Oh, you’re giving a platform to him; this is something unethical that you’re doing’,” the documentarist noted.

“So it has been challenging, but it was never enough of a reason for me to not pursue the film”, she concluded.

The @jordanbpeterson film screening “The Rise Of Jordan Peterson” in Houston last night was amazing. Get it on iTunes soon! Loved getting to know the filmmakers Patricia & Maz. Wonderful & talented people. @HoldSpaceFilms pic.twitter.com/06mUAyHF5i

Marcoccia had met Peterson long before his rise to fame in 2016 with his YouTube series criticising Canadian extreme political correctness. The movie director said that she was fascinated by the professor’s philosophical ideas expressed in his book, Maps of Meaning, during her studies at McMaster University back in 2003. She also said that while her friend was taking one of Peterson’s classes at the University of Toronto, she would occasionally attend.

“So I found this all very fascinating at the time, and I also was interested in the way [Peterson] studied ethical and moral questions—and the nature of evil and topics like that”, said the movie’s director. She also pointed out that her religious upbringing in the Roman Catholic tradition played a particular role in her passion for Peterson’s work.

Marcoccia, however, revealed that her leftist political stance made her initially biased towards some of the things Peterson was articulating. During the movie’s shooting, she would even discuss some of the philosopher’s ideas with his ideological opponents to offer “a more accurate picture through the film”.

“So I think that [being more left of centre politically] put me in a position where I often felt conflicted by some of the things he was saying, so I went and I met with the people who disagreed with him. I really listened to them. And so I empathised not only with him, but I also empathised with the others, and it was important for me to really care about what was at stake for people coming at this from different sides”.

Jordan Peterson shot to international fame after releasing his YouTube series criticising Canada’s legislation making the use of gender-neutral pronouns mandatory in relation to people with non-binary identities. He has been a longtime critic of extreme political correctness and what he saw as an ongoing “crisis of masculinity” in contemporary society.

It was earlier reported that the Marcoccia documentary detailing Peterson’s life and philosophical ideas had experienced severe backlash from proponents of political correctness, prompting cancellations of its screenings in cinemas across Canada and the US.