US to Refrain From Imposing Tariffs on Brazilian Steel – President Bolsonaro 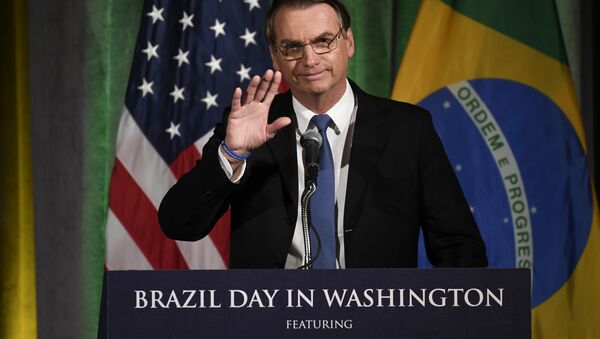 On Friday, Bolsonaro held a phone conversation with Trump. According to the US leader, they discussed many issues, including trade. Trump added that the relations between the United States and Brazil had never been stronger than now.

“I understand that he [Trump] wanted to do and presented my arguments to him. He took my arguments into account and decided to tell us, Brazilians, that our steel and aluminum will not be targeted with tariffs,” Bolsonaro said in a televised address.

The Brazilian leader added that the 15-minute phone conversation had been mutually respectful.

US President Donald Trump shared on Friday that he had "a great call with the President of Brazil, Jair Bolsonaro", pointing out that "The relationship between the United States and Brazil has never been stronger!".

Just had a great call with the President of Brazil, @JairBolsonaro. We discussed many subjects including Trade. The relationship between the United States and Brazil has never been Stronger!

Earlier in December, Trump announced that Brazil and Argentina have been presiding over a massive devaluation of their currencies and therefore he was going to restore tariffs on all steel and aluminum that is shipped into the United States from the two countries effective immediately.

Following Trump’s remarks, Bolsonaro suggested that the United States’ intention to restore tariffs on metal imports from his country was linked to the election strategy and would unlikely damage the friendly relationship the two nations share.