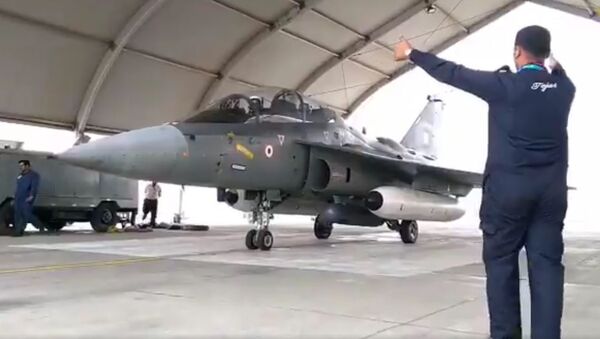 © Photo : Indian Air Force/twitter
Subscribe
New Delhi (Sputnik): The second edition of the Indra tri-service exercise between the armed forces of Russia and India started in north Indian state of Uttar Pradesh, western Maharashtra and in the neighbouring coastal state of Goa on 10 December.

The Indian Navy on Thursday released a video of the tri-service exercise between the two countries which is taking place in Arabian Sea.

According to India’s Defence Ministry, the 10-day exercise involves mechanised forces, infantry combat vehicles, fighter jets and warships. “Indra 2019” aims to enhance interoperability and allow the armed forces of the two countries to develop an understanding which will allow them to to tackle shared security challenges effectively.

Special Forces Ghatak and Garud commandos can also be seen in the video. It features several operations: the Indian Navy’s Visit, Board, Search and Seizure Operation, a combined boarding team onboard the INS Aditya, and addresses station maintenance, resupplying at sea, and Cross-flying deck operations.

​India and Russia conducted their first joint tri-service exercise in 2017, and “Indra” bilateral naval exercises between the navies of the two countries began in 2003. The engagement advanced in scope to become the tri-service exercise, with a corresponding increase in the complexity and levels of participation.

The military exercise includes the air, ground and naval forces of both countries. Over 700 Russian servicemen are participating in the drills.