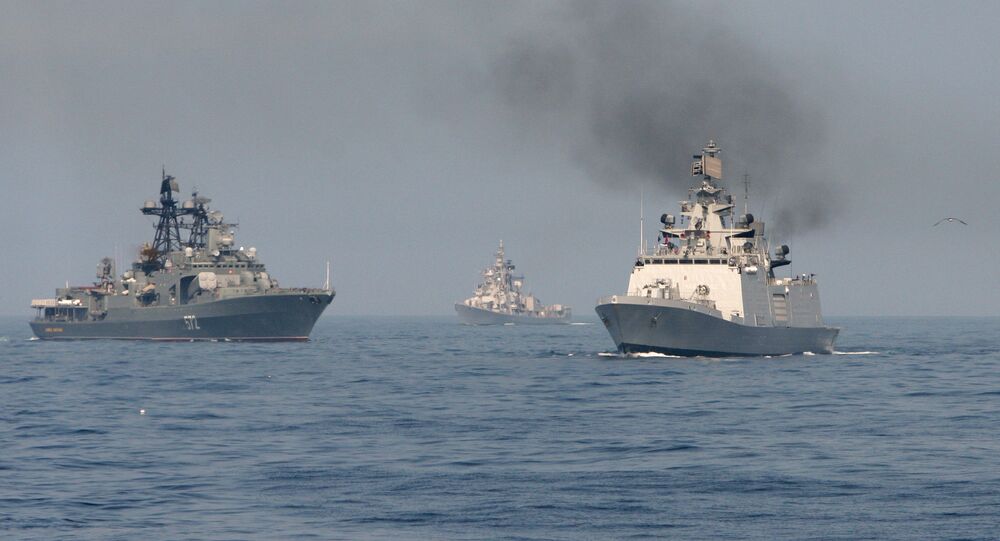 "The practical part of the Russia-India Indra-2019 military exercise starts today at the Babin training ground, located in the Uttar Pradesh state, as well as in the cities of Marmagao and Pune", the spokesman said.

According to the plan, vessels of the Russian Navy's Baltic Fleet and the Indian Navy will go out to sea and conduct drills to set up a communications system and practice tactical manoeuvring. The military forces of the two countries are also set to carry out a joint exercise on organising air defence.

The military exercise is being held in three Indian states from 11-21 December and includes the air, ground and naval forces of both countries. Over 700 Russian servicemen are participating in the drills.

Russian and Indian servicemen have already conducted operations in a counterterrorism scenario using the T-90 battle tanks and the BMP-2 combat vehicles.