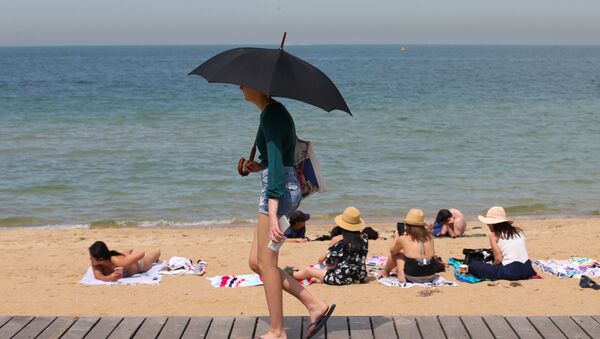 Australia experienced its hottest day ever recorded on Tuesday, and temperatures are expected to continue to spike as the country faces hundreds of bushfires that have caused extremely hazardous air conditions.

​“This hot air mass is so extensive, the preliminary figures show that yesterday was the hottest day on record in Australia, beating out the previous record from 2013, and this heat will only intensify,” Australian Bureau of Meteorology meteorologist Diana Eadie said in a statement Wednesday.

The extreme heat will likely create the ideal conditions for more bushfires, which have been raging across Australia since September. According to multiple reports, at least 3 million hectares of land and around 700 homes have been burned down in Australia in the last few months.

​According to a report by AP published last week, the air pollution in some parts of Sydney, Australia, was 11 times worse than a 200 reading on the Air Quality Index, the threshold considered “hazardous,” due to fine particulate matter being released by the burning fires. Fine particulate matter consists of microscopic solids and liquid droplets in the air that can be inhaled and even absorbed by the bloodstream.

​Local health officials advised residents to avoid going outside as much as possible, and those with heart and lung issues were strongly advised to stay indoors all day.

Although fires are common in Australia, this year’s blazes have been particularly hazardous due to high temperatures and strong winds, with more people than usual showing up at hospitals and medical centers due to breathing issues, according to government health officials, Sputnik previously reported.