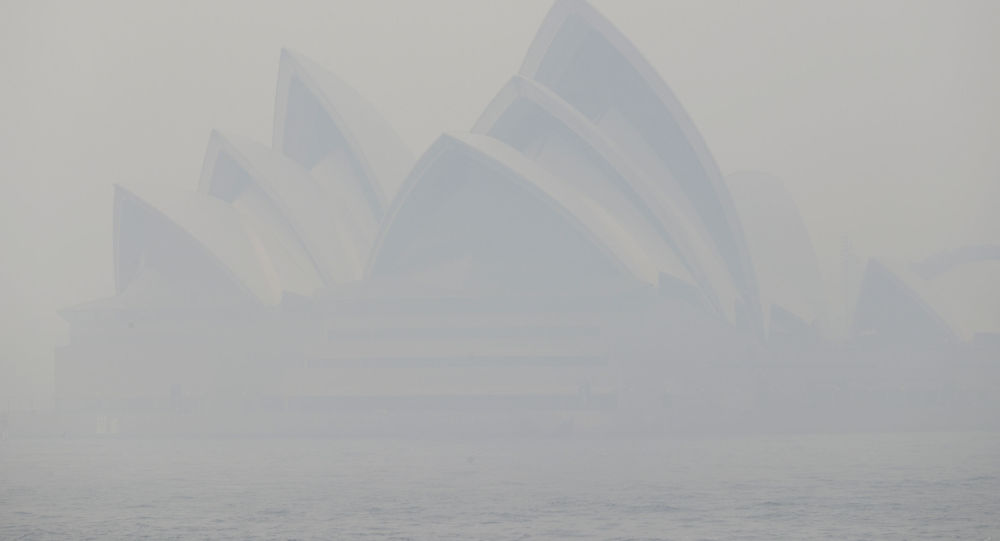 The air quality in Sydney, Australia, continued to deteriorate severely Tuesday as about 100 bushfires burned in New South Wales and strong, north winds sent more smoke into the city.

According to a report by AP, the air pollution in some parts of the city was 11 times worse than a 200 reading on the Air Quality Index, the threshold considered “hazardous,” due to fine particulate matter being released by the burning fires. Fine particulate matter consists of microscopic solids and liquid droplets in the air that can be inhaled and even absorbed by the bloodstream.

​Local health officials advised residents to avoid going outside as much as possible Tuesday, and those with heart and lung issues were strongly advised to stay indoors all day. Additionally, some buildings in Sydney’s downtown area were evacuated. The poor air quality has caused the city to cancel ferry and boat rides, and officials have warned that fire alarms at train stations may be triggered by the thick haze of smoke engulfing the city.

​“The smoke here in Sydney is extremely bad today; it is some of the worst air quality we’ve seen,” Richard Broome of New South Wales Health told reporters, AP reported.

​“We are just urging people once again to take these [conditions] seriously,” Broome said.

​In addition, the New South Wales Ambulance Superintendent Brent Armitage announced Tuesday that the service has been responding to dozens of calls a day related to respiratory health issues.

​Australia has faced hundreds of bushfires since September, causing extremely hazardous air conditions, especially in the east and southwest parts of Sydney. At least six people have died and more than 700 homes have been destroyed by the blazes across Australia since September, the BBC reported.

​Although fires are common in Australia, this year’s blazes have been particularly hazardous due to high temperatures and strong winds, with more people than usual showing up at hospitals and medical centers due to breathing issues, according to government health officials, AFP reported.