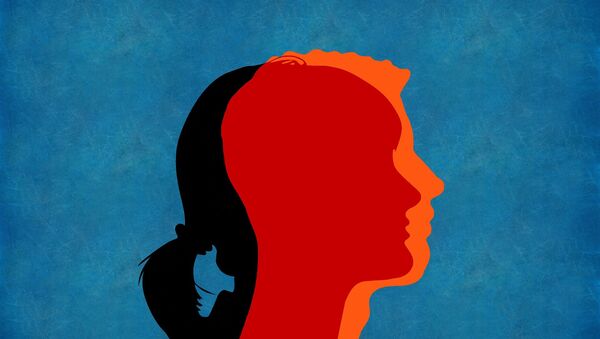 CC0 / /
Subscribe
Over the past 15 years, the number of Finns seeking sexual reassignment has grown 20-fold. A professor in youth psychiatry has highlighted a surge in the number of girls who identify as boys and request a sex change.

A Finnish couple living in an unspecified EU country have lost custody rights over their underage daughter because they did not let her start hormone treatment ahead of a sex change, national broadcaster Yle reported.

15-year-old girl “Nea” (a pseudonym) told her parents that she was a boy and demanded hormone therapy to start the transition process as fast as possible and her intention to remove her breasts. The parents said she also started to dress in a masculine way and completely changed her circle of friends.

By the parents' admission, they warned “Nea” that sex change is a complex and traumatising procedure, and that some of its effects are irreversible. They suggested waiting until the school year's end, going back to Finland, undergoing a thorough medical examination, and learning more about the consequences of getting a sex change.

However, “Nea”, with the help of a representative from a local trans organisation, went to the police and reported her parents for opposing her gender reassignment procedures. The authorities in the unnamed EU country supported the underage girl.

“Obviously, it feels bad when your own daughter does this to you, but the worst thing was that the authorities agreed. We were naive and thought that the doctors and the authorities would talk sense. It was a big mistake,” dad “Kari” told Yle.

“Nea” was forcibly removed from the family and placed in a care centre, following which she embarked on hormone replacement therapy. According to Yle, her voice has already changed due to her testosterone intake, and she has gained weight and experienced hair growth. Some of the effects are irreversible.

“Without over-dramatising, you can say that when the voice, appearance and personality have changed, it is as if they have killed our child,” Kari said.

But according to the chief psychiatrist and professor of youth psychiatry at Tampere University Hospital, Riittakerttu Kaltiala, Finnish authorities would hardly have acted in the same way as in the unnamed EU country.

However, Kaltiala pointed out that Finland has experienced a surge in young girls who suddenly begin to identify as boys and request a sex change. Kaltiala attributed the increase to increased awareness and higher tolerance in society, but also social networking. Kaltiala noticed that young people who are up for a sex change are often from the same school or area, which indicates a desire for belonging.

Nea's parents reportedly tried to get help from the Finnish authorities, but it did not work, as everything happened in another EU country.

As of today, they have no contact with their daughter and don't know where she has been placed. The parents also abstained from turning to the law to regain custody, since the daughter, who now identifies as male, will soon be of legal age.

Amid a rising trend of “regretters”, Helsinki University Hospital has started a study to map out the number of people who have second thoughts after undergoing gender reassignment and request a reversal amid transitioning procedures.

000000
Popular comments
If these delinquent kids are all from the same area, the authorities should examine the environment including the water supply etc.
Brit26
12 December 2019, 11:40 GMT1
000000
"the unnamed EU country", My best guess is Sweden. Cases like that has happened and is happening right now. The LGBT maffia in that country is very strong, although a minority, they impose their will on the society without any opposition. The decadence and ignorance in that country will cause the nation and state to disappear. The spineless people are committing suicide.
Robert Klimenko
12 December 2019, 12:23 GMT2
000000
Newsfeed
0
New firstOld first
loader
LIVE
Заголовок открываемого материала
Access to the chat has been blocked for violating the rules . You will be able to participate again through:∞. If you do not agree with the blocking, please use the feedback form
The discussion is closed. You can participate in the discussion within 24 hours after the publication of the article.
To participate in the discussion
log in or register
loader
Chats
Заголовок открываемого материала
Worldwide
InternationalEnglishEnglishMundoEspañolSpanish
Europe
DeutschlandDeutschGermanFranceFrançaisFrenchΕλλάδαΕλληνικάGreekItaliaItalianoItalianČeská republikaČeštinaCzechPolskaPolskiPolishСрбиjаСрпскиSerbianLatvijaLatviešuLatvianLietuvaLietuviųLithuanianMoldovaMoldoveneascăMoldavianБеларусьБеларускiBelarusian
Transcaucasia
ԱրմենիաՀայերենArmenianАҧсныАҧсышәалаAbkhazХуссар ИрыстонИронауОssetianსაქართველოქართულიGeorgianAzərbaycanАzərbaycancaAzerbaijani
Middle East
Sputnik عربيArabicArabicTürkiyeTürkçeTurkishSputnik ایرانPersianPersianSputnik افغانستانDariDari
Central Asia
ҚазақстанҚазақ тіліKazakhКыргызстанКыргызчаKyrgyzOʻzbekistonЎзбекчаUzbekТоҷикистонТоҷикӣTajik
East & Southeast Asia
Việt NamTiếng ViệtVietnamese日本日本語Japanese中国中文Chinese
South America
BrasilPortuguêsPortuguese
NewsfeedBreaking
03:23 GMTWho’s the Best Football Player in the World?
02:45 GMTAmerican Film Institute Establishes Scholarship in Memory of Halyna Hutchins
02:30 GMTMore Than 10,000 Sequoias Must Be Removed After California Wildfires, National Parks Reveal
01:00 GMTWho has the Edge Between Manchester United and Liverpool?
00:12 GMTBritish Military Brings Over 100 People Who Had Left Afghanistan to UK - Defense Ministry
YesterdayUS Seeking Clarity Over Turkey’s Intention to Declare US Ambassador Persona Non Grata
YesterdayUS Authorities Getting Veterans Involved in Resettlement on Afghan Refugees - Reports
YesterdayBiden’s Popularity Drops More Than That of Any Other US Leader Since End of WWII - Poll
Yesterday‘Rust’ Director ‘Gutted’ by Fatal Shooting of Halyna Hutchins on Set
YesterdayPotty-Mouthed PM: Broadcaster Blocks Boris Johnson's Remarks on Gay Men, Muslim Women
YesterdayHome Run! The Astros Win a Ticket to the World Series Amid Sign-Stealing Scandal
YesterdayColombian Authorities Reportedly Capture Elusive Drug Lord Otoniel, Leader of Clan del Golfo
YesterdayTwitter CEO Jack Dorsey Issues Cryptic Warning of ‘Hyperinflation’ Soon To Happen in the US
YesterdayOne Person Killed, 7 Injured in Shooting Near University Campus in US
YesterdayIran Set to Cooperate With Islamic World in Nuclear Development - Spokeperson
YesterdaySupermarkets in UK Reportedly Use Cardboard Cut-Outs to Disguise Empty Shelves
Yesterday5.0 Magnitude Earthquake Shakes La Palma as Spanish Island Territory Reels From Volcano Eruption
YesterdayJeremy Clarkson Slams 'F***ing Government' at Farming Awards Ceremony - Video
YesterdayPakistan Denies Reports of Preparing to Sign Airspace Agreement With US
YesterdayWatch Massive Migrant Caravan Push North Into Mexico as US Reports Record Apprehensions