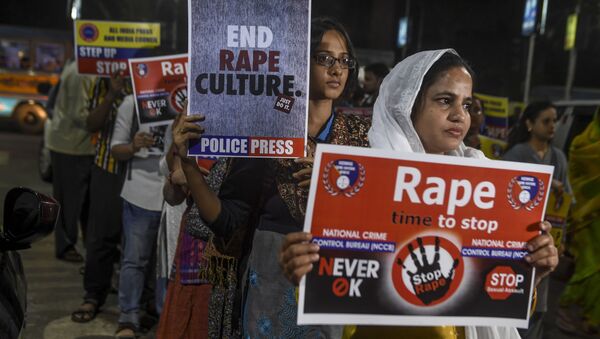 New Delhi (Sputnik): Police in the Indian city of Hyderabad claim that four accused in the gruesome rape and murder of a veterinary doctor tried to escape from custody, while being taken out to recreate the crime, and had to be shot dead.

India’s federal human rights watchdog, the National Human Rights Commission (NHRC) took suo moto cognizance of reports and ordered an inquiry into the custodial killing of four accused by its own investigation team. NHRC is a quasi-judicial body, headed by a retired Chief Justice of India.

“The Commission is of the opinion that this matter is required to be probed very carefully. Accordingly, it has asked its Director General (Investigation) to immediately send a team for a fact finding on the spot investigation into the matter. The team of the Investigation Division of the Commission, headed by an SSP (Senior Superintendent of Police), is expected to leave immediately and submit their report at the earliest,” said the Commission.

Taking note of the incident as a 'matter of concern' the Commission said, the “number of such cases, including the Telangana case had forced the Commission to intervene into the matter”.

On Friday, Telangana police killed four suspects after they attempted to escape a crime scene in Hyderabad, India, after they reportedly raped and burned a 26-year-old woman last month.

Although the move taken by the police on Friday was hailed by some people in society, many condemned their decision to eliminate the alleged rapists without trial as an ‘extrajudicial killing’.

The veterinary doctor went missing on 27 November night and her charred body was found on the outskirts of Hyderabad in southern Telangan. Police arrested four men two days later for allegedly raping and burning the 26-year-old vet to death.