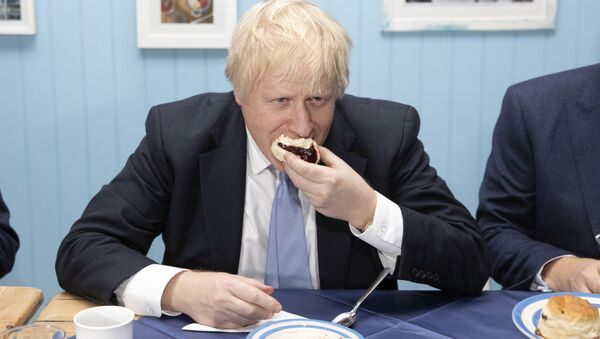 The events surrounding the release of convicted terrorist Usman Khan have been widely debated since the 29 November attacks on London Bridge, which saw the tragic death of 2 civilians. Pressure has been put on Prime Minister Boris Johnson to explain how Khan saw an early release.

UK Prime Minister Boris Johnson was accused of plagiarism in an online thread regarding "inaccuracies" about his statement on the London Bridge terrorist.

A blogger and author known as The Secret Barrister claims that a list of 16 posts from Boris Johnson on the events surrounding Usman Khan's sentencing were stolen from one of his blog posts, titled: '10 things you should know about the London Bridge attacker and “early release”'.

"A blogpost which I had to write to rebut the lies he spent yesterday spouting. This is weapons grade s***housery".

The Prime Minister has basically copied and pasted my blogpost into a thread and passed it off as his own explanation.

A blogpost which I had to write to rebut the lies he spent yesterday spouting.

This is weapons grade shithousery. https://t.co/pnowlm60Y0

​The barrister pointed out striking similarities in both posts, which were released within a day of each other, including linking to the same Prison Reform Trust document.

He also said that the Prime Minister "repeats my observation about the misreporting of Leveson LJ's comments about the involvement of the Parole Board".

The Prime Minister's tweets about the London Bridge terrorist came out on 1 December, a day after the post from the secret barrister on 30 November.

"The courts had several options to deal with "dangerous terrorists" that would have avoided automatic release. The reason for Khan's sentence was that the Court of Appeal ruled (to be proved tragically wrong) that Khan's risk did not require the input of the Parole Board that an IPP would have guaranteed".

The Secret Barrister acknowledged the possibility that it could be a coincidence, but also that they "couldn't see" how the set of tweets could be so similar almost immediately following the publishing of his own blog.

The original tweets by Boris Johnson criticised "inaccuracies reported" over the Khan case in the last 24 hours.

He blamed "Labour's old regime" for being responsible for sentencing Khan and therefore an automatic release could not be prevented.

The Conservative Party has so far denied accusations of plagiarism.

The alleged copy and pasted plagiarism comes days after an attack on London Bridge was launched by Usman Khan, who was found to have been previously convicted for terrorism in 2012 but let out on early release in 2018.