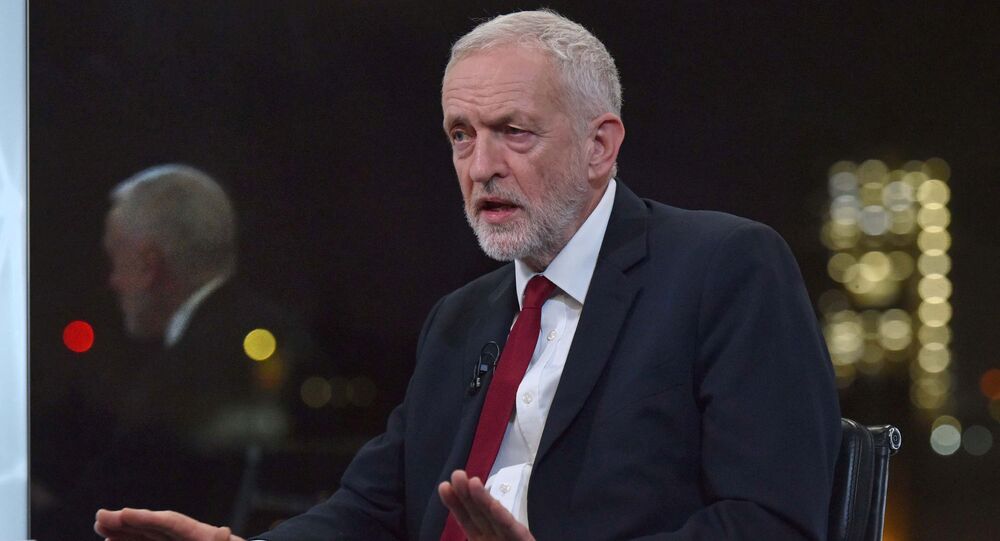 An attacker wearing a fake suicide vest stabbed two people to death during a terrorist incident at London Bridge on Friday and wounded three others before he was killed by law enforcement.

Labour leader Jeremy Corbyn has addressed the London Bridge attack, stating that police officers had to shoot the perpetrator as there was no other choice.

At the same time, the politician opposed recent statements by his Conservative counterpart, Prime Minister Boris Johnson, stressing it is not necessary for terrorism offenders to always serve their full time in prison.

He added that there had to be an investigation into how the UK prison system works, and into former inmates after their release.

Corbyn commented on the issue after police identified the London Bridge attacker as being 28-year-old Usman Khan. He was jailed for his role in a foiled attempt to plot the 2012 bombing of the London Stock Exchange and other facilities but was released in 2018 after serving only near 6 years of his 16-year term.

The attacker was initially stopped by three unidentified men, who managed to tackle and disarm him, and after that police shot Khan dead.

The politician also commented on the Brexit issue ahead of the 12 December election, set by UK lawmaker amid an impasse in Parliament this Autumn.

Corbyn stated he would vote in any new Brexit referendum, and noted he would be maintaining respectful relations with countries like Russia to maintain the UK's security.

The Labour Party leader also noted that the behaviour of members of the Royal Family is being constantly looked at - referring to the controversy over Prince Andrew, Duke of York, who recently stepped down from public duties due to alleged links with convicted sex offender Jeffrey Epstein.