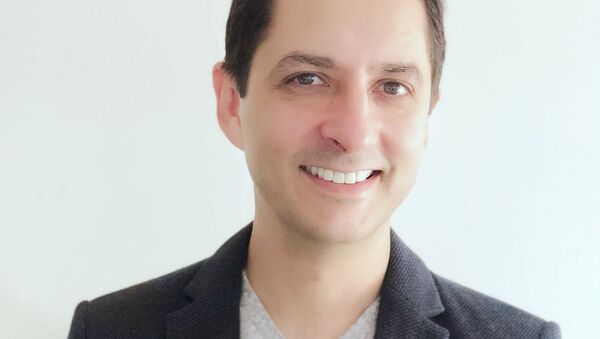 New Delhi (Sputnik): Over the top media services or OTT platforms like Netflix in India have given wings to those filmmakers who struggled to get their films released on big screen because of explicit content or derogatory remarks. However, this has also raised questions about regulating these platforms too.

“Censorship of content on OTT platforms should be the prerogative of the content producers. Producers must learn to respect the freedom this platform offers, and not to resort to the rather tempting act of titillation and being provocative without context, just because there is no formal censorship in place", Siddharth Anand Kumar, the vice president of Films and Television, and producer at Yoodlee Films, the film division of Saregama India, India's oldest music label, told Sputnik in an interview.

“The OTT platform is a content playbook that offers creators the freedom to tell their stories the way they want – one must be careful that its doesn’t denigrate into a quagmire of perversity and unwarranted violence", he added.

They have produced nine films on OTT platforms in less than three years, of which four are originals - two on Netflix (“Music Teacher” and “Brij Mohan Amar Rahe”) and on two on Hotstar (“Chappad Phad Ke” and “Kanpuriye”). Other films are “Ajji”, “Kuchh Bheege Alfaaz”, “Ascharyachakit”, “Hamid”, and “Noblemen”.

Siddharth suggests being mindful of the quality of content. “Big stars and big names don’t guarantee good quality and this is a well-timed lesson producers learnt when it came to movies for theatrical releases. The same applies to content on OTT platforms as well".

Stating because good stories will lead to good scripts, Siddharth said: “That’s the mantra we follow in Yoodlee Films and that’s why we have eight of our films on two major OTT platforms: Netflix and Hotstar – five of them as originals".

The producer also says that the advent of OTT platforms is slowly and steadily creating a tectonic shift in the way entertainment is being consumed by audiences.

"With a mouse click, you are now exposed to a varied plethora of entertainment in various formats – web series, shows, live acts and cinema – from across the world. Today we have about 35 odd video OTT platforms. In the coming years, I see this number growing rapidly, catering to various niches, languages, and genres. There will be something for everyone", he says.

When asked how the success of a movie on platforms like Netflix is measured, he replied: “OTT platforms don’t officially divulge viewership numbers in an organised fashion. When you see your film constantly on trending lists of the platform, you know your content is working since these lists are all organically generated. In terms of financial profitability, we work out the best possible deal with our partners, so that it makes business sense for both parties".