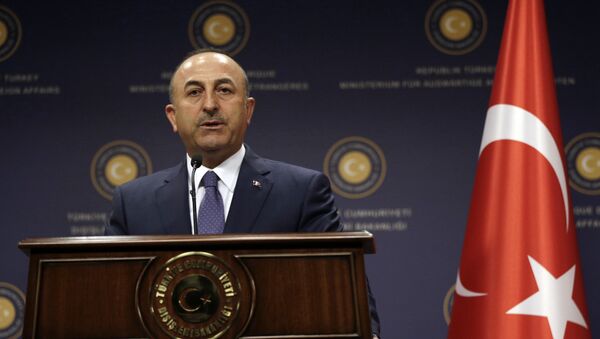 ANKARA (Sputnik) - Turkish Foreign Minister Mevlut Cavusoglu said on Monday that his country was ready to resume its offensive in northeastern Syria if the United States and Russia do not implement their share of agreements on the withdrawal of Kurdish militia, whom Ankara designates as terrorists, from the safe zone.

"Have they fulfilled whatever was necessary under the agreements? No, they have not until now, but they should," the minister said, as quoted by Turkey's Anadolu news agency.

According to the minister, Turkey "will do whatever is necessary [in northern Syria]" to ensure security.

Cavusoglu also recalled that Ankara had to clear the safe zone of Kurdish forces to eliminate the "terrorist threat" posed by these units.

In addition, Moscow and Ankara have begun joint patrols in the operation zone along the Turkish border.