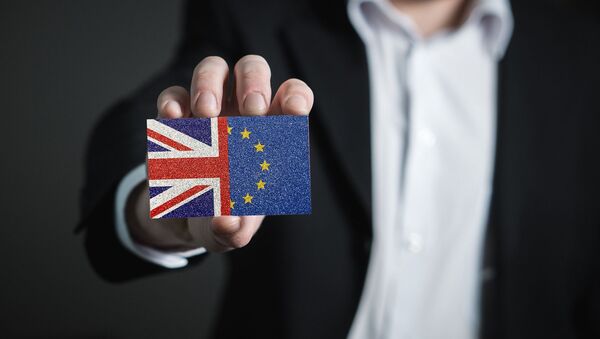 Morocco is welcoming the MEDays forum, which attracted over 2,500 attendees, including over 150 international speakers and more than 80 government representatives. The forum is dedicated to issues of geostrategic, political, economic and social importance in the Mediterranean, African, and Arab states.

Excellency Bill Rammell, Vice-Chancellor of the University of Bedfordshire and former Minister of State for Foreign and Commonwealth Affairs, who is attending MEDays 2019, has spoken about the UK’s stance towards the African continent, as well as the possible impacts of Brexit on Africa in an interview with Sputnik.

Sputnik: The head of the British General Staff, Nick Carter, in an interview with The Times spoke about the need to strengthen the UK’s military presence in Africa to prevent Russia from including continent in its zone of influence. What is the reason behind such a fierce struggle for the African continent by Great Britain?

His Excellency Bill Rammell: You’d have to ask the General about the detail for his concern, but I think it is a review that Russia is a nation that is seeking influence around the globe, and Africa was certainly that case. And Russia’s intentions are not benign, and it is seeking influence. And if we look at Russia’s role in cyber hacking, in attempting to influence the political processes within the United Kingdom, the United States and other nations, it is not a benign approach. And I think that’s a real concern. And I think that’s where the General is probably coming from. But the UK needs to work with African nations to counter that threat and that influence.

Sputnik: If the UK is interested in African prosperity, why does the UK aim to oust other investors from the continent?

His Excellency Bill Rammell: I think all nations seek to increase their respective levels of investment; that’s not necessarily ousting others, but it’s doing the best by your own nation. Historically, the United Kingdom has got very strong relations for all sorts of historical and political reasons with nations within Africa; and the UK will want to seize the opportunity that comes with that.

Sputnik: In addition to Russia, China is an active player on the African continent. Beijing, as well as Washington, invests a lot in the development of African infrastructure. The latter is mainly interested in the import and export of commodities. What steps can we expect to see from the UK, given the statement that it is necessary to oust competitors from the continent?

His Excellency Bill Rammell: The point I was making in my presentation at this conference is that leaving the European Union – which I think is a retrograde step in terms of the UK’s national interests – probably means that the UK is, therefore, as a consequence more desperate to do trade negotiations and deals with nations outside the European Union, and that means African nations have more opportunity and more leverage in negotiating those arrangements with the United Kingdom than has historically been the case.

Sputnik: On 12 September 2019, the United Kingdom signed an economic partnership agreement with the Customs Union of South Africa and Mozambique, which, according to the British government, will allow businesses to trade freely after the UK leaves the European Union. UK Trade Secretary Liz Truss commented on the signing of the trade agreement by saying: “This is an important milestone as the UK is preparing to become an independent trading country again, and we are helping businesses prepare to trade with the most attractive markets in the world”. Please name 3-5 main reasons why Africa is one of the most attractive markets in the world?

His Excellency Bill Rammell: I think it’s the GDP growth rates, which are historically very strong, averaging 4.6 per cent; that means that there’s a real opportunity. It’s the advancement of the technology sector; it’s upscale in the educational levels and qualification levels amongst the African populace, all of which mean that over the medium to the longer term, Africa is going to become more prosperous, it’s going to become a more fertile environment within which to invest. And that’s the opportunity that the UK along with other nations will be seeking to take advantage of.

Sputnik: What are the key opportunities and benefits for Africa amid Brexit?

Sputnik: Great Britain is very eager to enter new markets to prepare for the exit from the European Union. But does Africa benefit from the trade cooperation with the UK since the region is primarily interested in financing, investing, and developing infrastructure?

His Excellency Bill Rammell: I think it does. One can’t be certain of the detail of this, but I think politically, African nations are going to have more advantages at their disposal in asserting their rights within future trade negotiations and deals than historically has been the case. From the African perspective, that is something that the African nations will want to take advantage of.

Sputnik: Do you personally believe the UK will finally leave the EU? If so, then why?

His Excellency Bill Rammell: That’s a really interesting question. It’s not certain and it depends on the outcome of the current general election. If there is a non-Conservative government and it will be a coalition – and I think that there is at least a 30 to 40 per cent chance of that, – I think we will probably, not in a longer term, leave because a new deal would be negotiated that would go to the second referendum. And I think people would likely conclude that we are having to sign up to all detail and regulations of being the member of the European Union without having the voice at the table. And in those circumstances, at that second referendum, I think an awful lot of people would conclude that actually remaining in the EU is the best deal that is available to us.