'50 Shades of Death': British Backpacker's Killer Claims She Asked to be Choked During Sex 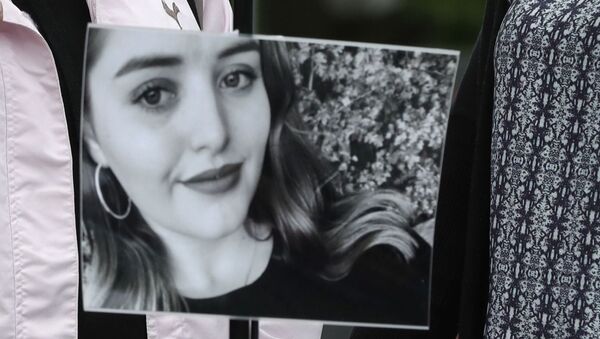 "She started talking to me about 50 Shades of Grey which is a sex fantasy movie that's out," the suspect said during his interview with police that has been shown at his trial in the Auckland High Court on 14 November. "She told me there are a few things she likes doing and that she had done with her ex-partner".

The man recalled that while they had sex, Millane insisted that he hold her throat and engage in bondage.

What We Know About Millane's Case So Far

The British public was set ablaze last December after Lincoln University graduate Grace Millane was declared missing, shortly after arriving in New Zealand from Peru during her backpacking trip, on the eve of her 22nd birthday. Her dead body was later found near Auckland city, after a 27-year-old man, whom she met on the dating app Tinder, identified its location following his arrest on suspicion of the woman's murder.

The New Zealander, who remains unnamed due to a legal order previously granted by the judge, gave several interviews following his arrest in December 2018. During his first filmed recollection of events on 6 December, the suspect insisted that after meeting Millane on Tinder and having a date on 1 December at a bar, they had parted ways and never met again.

However, in his most recent account, that was revealed to the jury in the Auckland High Court on 14 November, the suspect said that he and Millane went to a hotel after consuming a large number of drinks in a few places during their date. The man said that they had quite violent sex, after which he took a shower and passed out there, thinking that Millane had left.

The defendant then argued that he found Millane on the floor in the morning with her nose bleeding. The 27-year-old insisted that he tried to call an ambulance, but when he understood that Millane was dead, was scared of how this could have looked so went to The Warehouse store to buy a suitcase instead.

The CCTV footage publicly displayed to the jury showed the accused returning to his hotel room with a new suitcase, while later leaving with the same suitcase placed on a trolley.

The man acknowledged placing Millane's body in the bag, which he said was a struggle, and then leaving the dead body in the hotel until the next day. He then went to purchase some cleaning products and meet with another date at the Revelry Bar in Ponsonby on 2 December.

"I spewed up a few times because I couldn't put Grace in the bag because all I could think about was what we shared the night before," the man said during the interview with the police.

Prosecutor Robin McCoubrey said that the accused also took a series of pictures of Millane's dead body and searched for a number of pornographic content videos after she was already dead.

NZ Man Claims He Killed UK Backpacker During Sex Game But Why Is His Identity Being Kept Secret?
The accused said he drove to Waitakere Ranges in his car with Grace's body in the suitcase on the next day. There he buried the body in a hole he dug and would later locate on police orders. The man claimed he had suicidal thoughts after burying her body.

The defendant denies murdering Millane but acknowledges that her death, believed to have been caused by sustained pressure to her neck, could have occurred in his company. While the trial continues, the next public hearings are expected to be held at the Auckland High Court on 18 November.