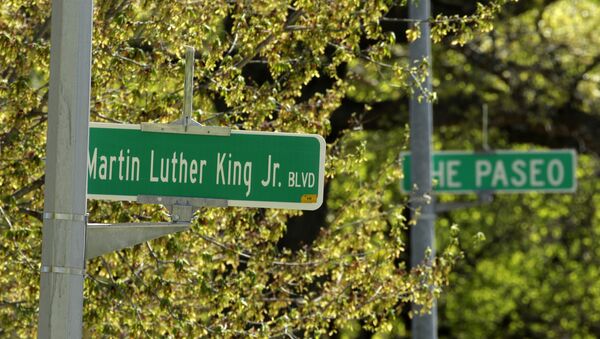 WASHINGTON (Sputnik) – Kansas City residents voted overwhelmingly for returning a historic name to a local boulevard less than a year after it was rededicated in honor of civil rights activist Martin Luther King.

According to the FOX4 TV broadcaster, citing unofficial results, the report said almost 70 percent of citizens voted in favor of changing the name of the 10-mile thoroughfare back to The Paseo, while just over 30 percent on Tuesday said the city should retain the name of Dr. King.

Asked by FOX4 TV if there should be a place in Kansas City celebrating King’s legacy, Mayor Quinton Lucas said, “I think the answer is yes, but let’s be truly creative, let’s be open about it”.

The issue was put to a vote at the initiative of The Save the Paseo grass-root organization. On the group’s website, activists declared their mission was to “preserve the name of KC’s most historic boulevard and find a way to honor Dr.King that brings the City together".

They also accused the City Council of violating municipal rules when it passed the decision to rename the street.

Martin Luther King was a leader in the African-American Civil Rights Movement. He advanced civil rights using nonviolent civil disobedience. He was assassinated in 1968. King was posthumously awarded the Presidential Medal of Freedom and the Congressional Gold Medal.