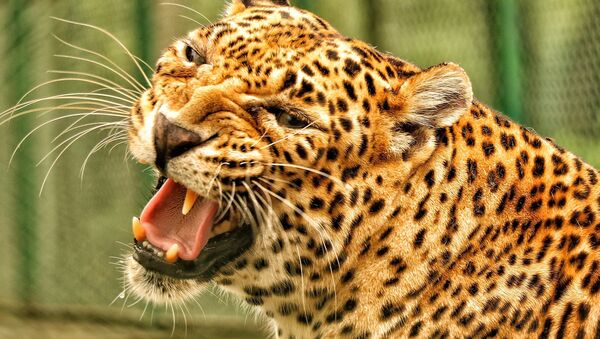 New Delhi (Sputnik): A leopard in the Indian state of Maharashtra found a perfect spot to relax, but got papped as it slept on the mean machine.

The wild beast was caught off guard as he lazed atop a battle tank, once captured from the Pakistani Army during a 1965 battle.

The leopard was snapped looking into the camera with his piercing eyes after it woke up from the flash of the camera.

The American-made Patton tank was kept at the Indian Army’s School of Artillery in the Deolali cantonment area.

Pictures of the wild cat relaxing on top of the captured tank, like a boss, has taken a social media by storm, as netizens were left gawking at the fierce animal.

The Leopard is a great German tank. But our very own leopard is one heck of a beast. Check out this beauty atop a tank at the Indian Army's School of Artillery, Deolali !! @GargiRawat @ndtv pic.twitter.com/pYCltf94l7

A Leopard rests on a tank (captured from Pakistan)#thinktank pic.twitter.com/7p53AxyHwI

Leopard also finds safety in Indian Army area😊😊This is how our army is...protective towards all man &wild both pic.twitter.com/tR6YADLy5I

​India captured and destroyed 99 battle tanks, mostly Pattons, during the Battle of Asal Uttar against Pakistan in 1965.

It was one of the largest tank battles in history since the Battle of Kursk in World War II.