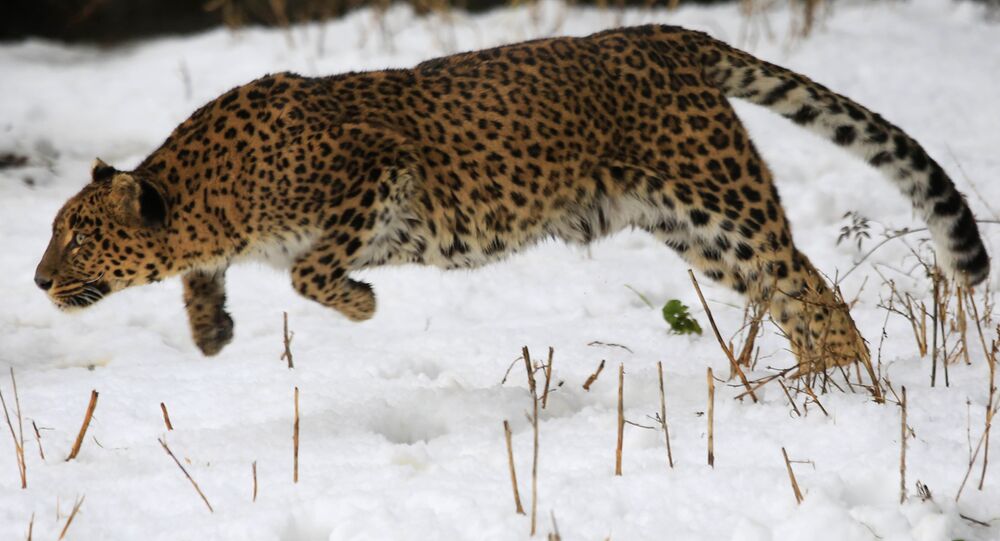 New Delhi (Sputnik): A high-octane drama unfolded in the snow-clad peaks of the Himalayas as a ferocious snow leopard jumped from a mountain peak to catch its fleeing prey.

The viral video, making rounds on the internet on International Snow Leopard Day, is from the Bharal high-altitude region of the Himalayas.

In the video clip, the wild cat which is also known as the Ghost of the Mountains can be seen jumping from a towering cliff and tumbling down the mountains while holding its prey in its sharp grip.

Snow #leopard is called as Ghost of the Mountains. Look at the power and agility. Snow #Leopard attacking and killing its prey - a Bharal or wild #Himalayan Blue Sheep. High drama from greater Himalayas. Sharing an old video by unknown. pic.twitter.com/xDj7vCLgjm

In honour of International Snow Leopard Day, India along with 11 other countries have launched a massive project to conduct a census of the elusive predators. Union Minister for Environmental, Forests and Climate Change Prakash Javadekar also said their goal is to double already existing populations.