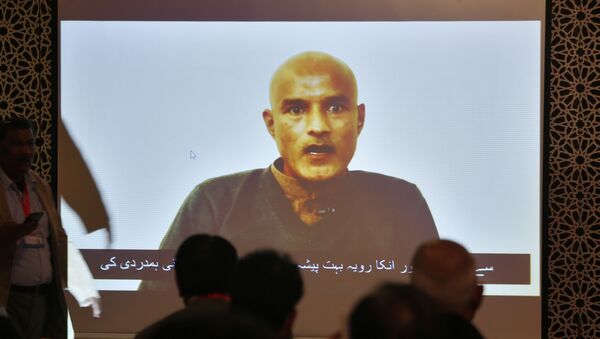 The Vienna Convention on Consular Relations of 1963 is an international treaty that defines a framework for consular relations between independent states. According to the convention, a consul (officer) normally operates out of an embassy or a high commission in another country besides protecting their countrymen’s interests in the host nation and boosting commercial and economic relations between the two nations. The treaty also provides for diplomatic immunity.

ICJ President Justice Yusuf on Wednesday informed the 193-member UNGA that Islamabad violated its obligations under Article 36 of the 1963 Vienna Convention on Consular Relations by wrongly stating that the convention’s provisions were not applicable to prisoners suspected of espionage.

Foreign nationals who are arrested or detained must be given notice "without delay" of their right to have their embassy or consulate notified of that arrest, and "consular officers shall have the right to visit a national of the sending State who is in prison, custody or detention, to converse and correspond with him and to arrange for his legal representation", the convention further states.

India has been demanding unfettered consular access to Kulbhushan Jadhav, but so far Islamabad has only provided monitored restricted access. Jadhav was awarded the death sentence on charges of "espionage and terrorism" after a closed-door trial in April 2017.

Pakistan arrested Jadhav in Balochistan province on charges of terrorism and spying for the Research and Analysis Wing, India's external intelligence agency. Islamabad has claimed that Jadhav was a serving Indian Navy commander who was involved in subversive activities inside Pakistan and was arrested on 3 March 2016 during a counter-intelligence operation in Balochistan

India’s Foreign Ministry, however, says Jadhav was kidnapped from Iran and that Pakistan has never been able to credibly explain how he was found in Balochistan.

Justice Yusuf told the UNGA there were several aspects of the Jadhav case requiring the international court’s specific review.

For instance, the court, while examining the rights relating to consular access, felt that Article 36 of the Vienna Convention should have been applicable in full in the Jadhav case notwithstanding that he was suspected of espionage, he said.

The Vienna Convention contains no specific provisions for cases related to espionage. It was also found that Article 36 excludes certain categories of persons, such as those suspected of espionage, from its scope.

Taking into account the particular circumstances of the Jadhav case, the international court noted that Pakistan’s making of a notification some three weeks after Jadhav's arrest was a breach of its obligation to inform India about consular access without delay, as required by Vienna Convention provisions, he said.

Another interesting legal question that came up before the court was whether bilateral consular access could be allowed by excluding the applicability of the Vienna Convention, to which the court ruled this was not the case.

Coming to the crux of the court's ruling, Justice Yusuf said the court considered reparation and remedies to be granted after finding that the rights to consular access had been violated.

The court stressed that Pakistan must ensure that full weight is given to the effect of the violation of the rights set forth in the Vienna Convention and guarantee that the violation and the possible prejudice caused by it were fully examined.

The court received a communication dated 1 August 2019 from Pakistan confirming its commitment to implementing the 17 July judgment in full, Justice Yusuf said.

Pakistan claimed that Jadhav was immediately informed of his rights under the Vienna Convention and that the consular post of the High Commission of India in Islamabad had been invited to visit him on 2 August, Yusuf said.