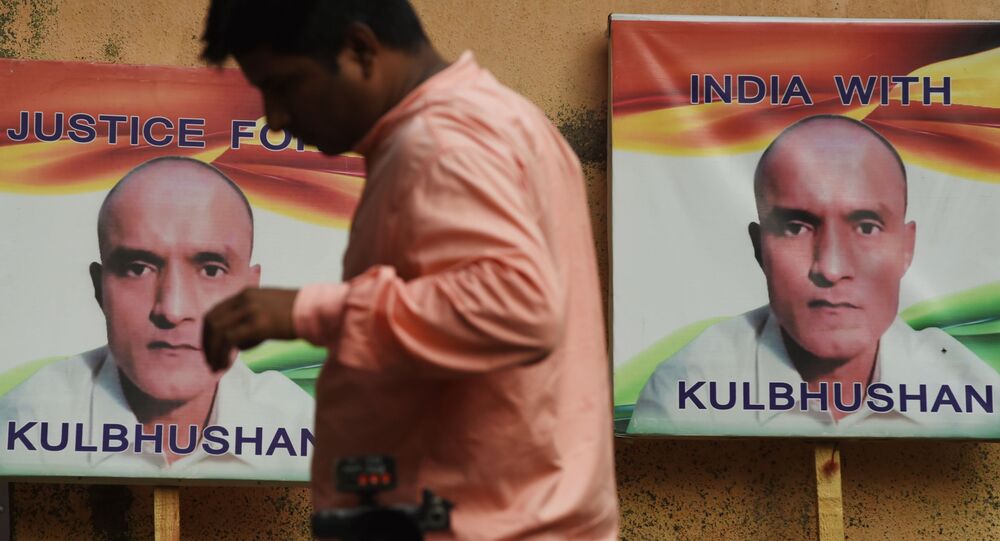 New Delhi (Sputnik): The government of India has turned down a Pakistani proposal to provide consular access to incarcerated former Indian naval officer Kulbhushan Jadhav that was scheduled for Friday afternoon at 3:00 p.m. local time.

As per Indian government sources, New Delhi replied to Islamabad's offer on Thursday because it wanted "unimpeded" consular access to Jadhav.

The former Indian naval officer is facing the death penalty in Pakistan on charges of espionage and terrorism.

Government officials added New Delhi wants "consular access to Kulbhushan Jadhav in an environment free from the fear of intimidation and reprisal, in light of the orders of the International Court of Justice".

The officials added there will be no meeting happening between an Indian diplomat and Kulbhushan Jadhav at 3 p.m. on Friday.

The reaction came in response to Pakistan’s proposal stating "CCTV and Pakistan security personnel will be present".

"Their response in now awaited", an Indian official stated while adding New Delhi will only agree once consular access is granted in full compliance and conformity with International Court of Justice judgement and the Vienna Convention.

During the aforementioned's trial in a military court, Pakistan did not allow Indian authorities consular access to Jadhav, which prompted New Delhi to approach the International Court of Justice last year.

On 17 July, the ICJ found Pakistan was "under obligation to cease internationally wrongful acts of a continuing character" for violating the 1963 Vienna Convention on Consular Relations.