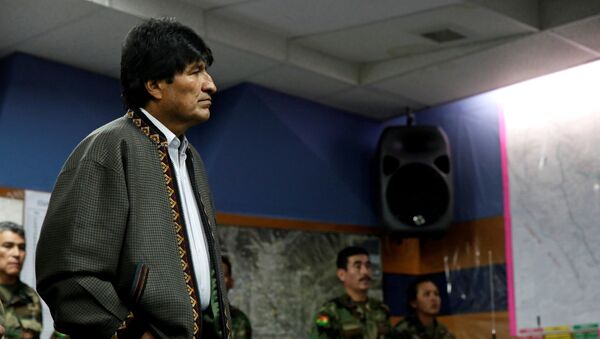 SANTIAGO (Sputnik) - The Electoral Observation Mission of the Organisation of American States (OAS) has expressed concern over the sudden change in the presentation of the preliminary results of the presidential election in Bolivia.

According to the mission, the preliminary results on Sunday indicated that there would be a second round. The publishing of the results then stopped, when more than 80 percent of the vote was counted, and, when it resumed a day later, the data showed a completely different trend.

"The OAS Mission expresses its deep concern and surprise at the drastic and hard-to-explain change in the trend of the preliminary results revealed after the closing of the polls", the mission said in a statement.

Morales' rival Carlos Mesa, however, has refused to recognise the election results. Rallies in support of the two main candidates have been held in several cities amid the vote count.