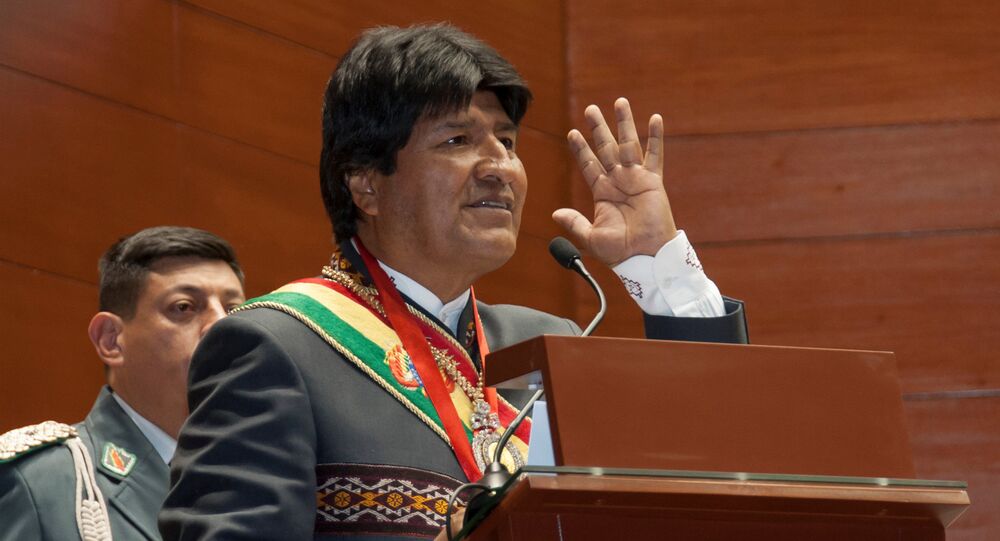 BUENOS AIRES (Sputnik) - Bolivia's incumbent president, Evo Morales, received 45.28 percent in the presidential election, which was not enough to win in the first round, with his closest rival Carlos Mesa getting 38.16 percent, according to data from the country's Supreme Electoral Tribunal following the processing of more than 83% of the vote.

To win the first round of elections, a candidate needs to receive more than 50 percent of the vote or at least 40 percent, but with a margin of 10 percent from their closest opponent.

Evangelical pastor Chi Hyung Chung was third with 8.77 percent, followed by right-wing senator Oscar Ortiz with 4.41 percent, and the governor of La Paz department Felix Patzi with 1.26 percent. The remaining candidates didn't even receive one percent of the vote.

In 2016, Evo Morales agreed with a ruling party proposal to run for president again, for the fourth time. In the three previous elections, he had won with 54, 64, and 61 percent of the vote. Morales has governed Bolivia since 2006.