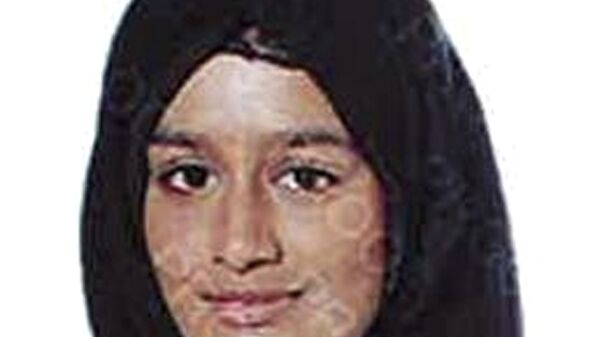 Begum, an east London schoolgirl, who travelled to Syria in order to join the Daesh terrorist group, was stripped of her citizenship this year after she voiced her intention to return home. Her relatives believe that the government’s decision was illegal.

Daesh* Bride Shamima Begum’s lawyer claims she is a rape victim and should be allowed to return to Britain to testify in court. The statement comes as the Special Immigration Commission is about to hear a challenge filed by her parents. Today’s hearing, which will last for another three days, will look at whether the Home Office's decision rendered Begum stateless and was therefore illegal. Under international law a person can be deprived of citizenship only if he or she has dual citizenship. The Home Office has claimed that since Begum’s parents came from Bangladesh she holds or is eligible for citizenship in this country. Dhaka, however, said Begum doesn’t have a Bangladeshi passport and would not be allowed to enter the country.

Last month, Begum claimed that she hates Daesh and asked to be allowed to return to Britain. The young woman asserted that her positive comments about the terrorist group, was a way to protect her and her son as she was afraid of other Daesh members. All of Begum’s children died, while her husband a 27-year-old Muslim convert from the Netherlands is being held in a prison in Syria.

In 2015, Shamima Begum fled Britain together with two other girls and travelled to Syria in order to join Daesh. In February of 2019, The Times found her at a refugee camp in Syria and spoke with her about life under the rule of the most notorious terrorist group. The young woman said she had no regrets about joining Daesh and said she wanted to return to Britain together with her baby, who at that time was alive. These controversial comments caused uproar in Britain and the then Home Secretary Sajid Javid decided to revoke her citizenship. Her case has shocked and polarised Britain.

European countries, including Britain are at odds over what should be done with their citizens, who travelled to Iraq and Syria in order to join Daesh. Some politicians argue that they should be repatriated and tried in their countries, others contend this poses a risk to national security. According to recent estimates over 600 British nationals, who joined the terrorist group, are being held in Syria.