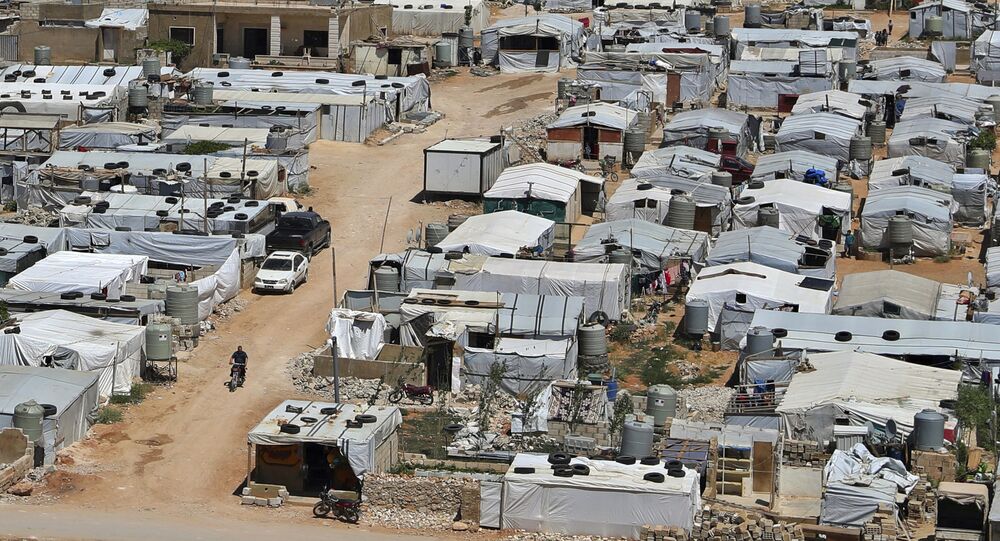 There are reportedly over 600 captured British Daesh* members and their families still being held in Syria, despite previous estimates putting that number at between 300 and 350. The United States wants to see them and their relatives returned to the UK.

The British leadership appears to be split over US demand to take back British citizens who had fought for terror groups in Syria and are being held there as captives.

It is understood that the number of British nationals detained and held in make-shift prisons by US-backed forces exceeds 600 – almost twice the number previously held.

According to The Sun, there was no consensus among cabinet ministers during a recent National Security Council meeting on what to do with the hundreds of detained UK nationals: while Foreign Secretary Dominic Raab is said to have supported the US demand, Home Secretary Priti Patel reportedly believes the fighters should be tried in Syria through a special system of tribunals and courts.

“A lot of these people are still very dangerous, and pose a national security risk to the United Kingdom,” a government source was quoted as saying. “What would we do with them if they all came back, and where would we put them? How much would all that cost? It would be very unpopular.”

“We cannot trust our de-radicalisation programme, which has had patchy results at best in the past.”

On the Way Home

The European Commission estimates that over 42,000 foreign fighters have travelled to join Daesh jihadists in Syria and Iraq between 2011 and 2016, of which some 5,000 came from Europe – mainly France, the UK, Germany, Belgium, and Sweden.

EU member states have been reluctant to take back their citizens and have done little so far with regard to their repatriation – one of the concerns is that it would be difficult to prove the guilt of terrorist suspects in court. Of the 900 UK nationals that left the country to join the terrorists, 400 were people of “national security concern” and are thought to have returned to the country; the rest are believed to pose no or a low risk to national security; only 10 per cent of returnees have been prosecuted.

Another pressing issue for the EU is the tens of thousands of wives and children related to suspected foreign fighters and held in internment camps. Take, for example, the controversial case of Shamima Begum, a British schoolgirl who had fled the UK to marry a Dutch Daesh fighter and is now living in a Kurdish-run camp in northern Syria. Begum, 19, has repeatedly asked British authorities to let her return to the UK, but was stripped of her citizenship earlier this year.

US and Kurds Cannot Agree on the Issue

The United States, which supports Kurdish militias in north-east Syria, has long maintained that these foreign fighters should be returned, along with their wives and children. During a visit to London in early September, Secretary of Defence Mark Esper said there are still around 2,000 foreign fighters, many from Europe, held in the north-east, but asking the by Kurds to keep them in captivity could pose additional risks to regional security.

It emerged last week, however, that US plans have faced resistance from the Kurdish forces. Speaking in Washington on Wednesday, Ilham Ahmed, co-chair of the Syrian Democratic Council (the SDF’s political wing) said they now plan try foreign fighters for their crimes in Syria.

“The crimes were committed in our area against the people of our area,” Ahmed said. “If we put them on trial in our area, that will show we are making justice.”

*Daesh (aka IS, ISIS, Islamic State) is a terror group outlawed in Russia and many other countries.