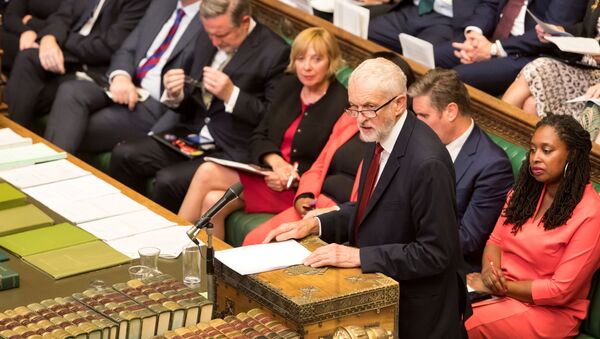 DUP and Labour may form an alliance aimed at securing the customs amendment, senior DUP officials told the Telegraph on Sunday, who stated that their party was mulling "guerrilla warfare" to block Boris Johnson's revised Brexit deal after it returns to Commons.

Sir Starmer added: "I say to any MP, but particularly the DUP, if you want to work with us to make this situation better, our door is open."

The statements come after the DUP voted for the Letwin amendment, which forces the Prime Minister to seek a Brexit delay, potentially pushing the 31 October deadline to 31 January 2020.

Tricks Up Their Sleeve: DUP Officials Comment on Budding Alliance

One senior DUP official speaking to the Telegraph said that there were "multiple scenarios with multiple options for us to resist Johnson’s anti-UK deal", adding that it would "be parliamentary guerilla warfare".

Further customs union amendments on the Brexit bill would not be ruled out, a further DUP source said as quoted by the Telegraph.

"Clearly that would be one way we could look at addressing our concerns," the source said. "There will be some very grown up conversations over the next 48 hours and we will be looking at all the options we have available."

DUP Brexit spokesperson, Sammy Wilson, vented his frustrations at Mr Johnson on his Brexit deal, where he warned that Brits were "asked whether the UK should leave the EU, not whether Great Britain should leave Northern Ireland behind".

Mr Wilson said: "We want to leave as one nation. That remains our goal. If the Prime Minister remains willing to achieve that outcome he will find DUP MPs as willing partners in that project."

The news comes after MPs voted 322 to 306 to pass the Letwin Amendment, which withheld support for the British Prime Minister's EU Withdrawal Agreement until new legislation allowing it to pass in Commons was approved, pushing back the UK government's Brexit deadline to late 31 January of next year. The motion also triggered the Benn Act, forcing the Prime Minister to send a new letter to Brussels requesting a fresh extension or potentially face prosecution. Mr Johnson, who vowed to deliver Brexit by 31 October 'come what may', sent the request to EU officials without a signature, but added a second note that he believed it would be wrong to extend the Brexit deadline.