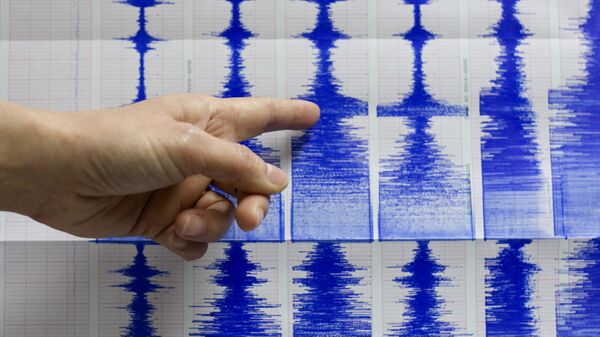 Californians will now be able to receive earthquake alerts on their mobile devices through a smartphone app created to work hand in hand with the Golden State’s current quake system, state officials announced Thursday at a press conference in Oakland’s Gateway Park.

The MyShake app effort is the creation of a joint project between officials with the Office of Emergency Services, the US Geological Survey and University of California, Berkeley, among several other institutions.

The announcement came on the 30th anniversary of the infamous Loma Prieta earthquake, which struck the San Francisco Bay area with a magnitude of 6.9 in October 1989. The deadly event killed 63 people and injured more than 3,700 others.

“Nothing can replace families having a plan for earthquakes and other emergencies,” California Governor Gavin Newsom said at the conference. “And we know the ‘Big One’ might be around the corner. I encourage every Californian to download this app and ensure your family is earthquake ready.”

According to a Wednesday release from the California Governor's Office of Emergency Services, the new alert system will utilize the state’s ground motion sensors and issue a statewide alert before quake effects are even felt by residents. Said alerts will be pushed out through both the app and the Wireless Emergency Alerts system, which is used to send out Amber Alerts.

"Think about it, we have a warning for hurricanes, tornadoes, other situations like cold weather storms," Ray Riordan, the director of San Jose's Office of Emergency Management, told local outlet ABC7 News. "Now we have a warning system for an earthquake."

The San Francisco Gate reported that an alert for a looming earthquake would be triggered if the earthquake measures in at magnitude 4.5 and has a level 3 shaking intensity. In terms of how much time residents may have before feeling any effects, officials say they may be given anywhere between a few seconds and a minute.

“The alerts will only go to people that are going to feel shaking,” Richard Allen, director of the UC Berkeley Seismological Laboratory, told the Gate before explaining the different levels of shaking intensity. "Intensity 1 is you don't feel it; intensity 2 is some people may feel it; intensity 3 is many people do feel it.”

Incidentally, the MyShape app was tested this week after Central California was hit by a pair of quakes that came in at magnitudes 4.7 and 4.5. Allen told Gate that the median times from the moment the two quakes were detected to when the alerts were issued were roughly 1.6 seconds and 2.1 seconds, respectively.

The app has been tested for the last several months in nearby Los Angeles, where Angelenos were given access to the ShakeAlertLA app in January. Speaking to the Los Angeles Times, Allen said that while officials have detected some bugs, they feel confident that the system can save lives.

Aside from announcing it on the anniversary of the Loma Prieta quake, officials officially unveiled the statewide initiative on the same day that Californians are participating in the Great California Shakeout, an annual earthquake drill in which participants are urged to “drop, cover and hold on” during a 60-second simulation. An estimated 10.7 million residents are reportedly participating in the event.