Resident of California's Los Angeles County will now be able to receive early warning earthquake alerts on their phones, thanks to the ShakeAlertLA app that was made available to Angelenos this week.

The app, which can be downloaded on both Apple and Android phones, will essentially send out push alerts to residents within an estimated 20 seconds before an earthquake hits the densely populated county.

"EARTHQUAKE, EARTHQUAKE, EXPECT STRONG SHAKING. DROP, COVER, AND HOLD ON. PROTECT YOURSELF NOW!" the push notification would read, according to local media outlets.

​But not every detected earthquake will trigger a phone alert. Per Los Angeles-based news station KABC, alerts will only be sent out when one of the hundreds of sensors owned by the US Geological Survey measures a quake that registers a 5.0 or higher on the Richter scale.

The app, which has both English and Spanish language options, is the end result of a partnership between the Los Angeles City Council, AT&T and the Annenberg Foundation, Curbed Los Angeles reported. 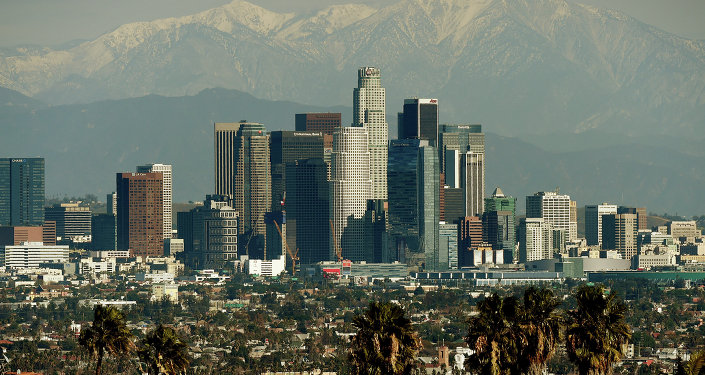 "Angelenos should have every chance to protect themselves and their families when there's a major earthquake," LA Mayor Eric Garcetti said in a statement. "We created the ShakeAlertLA app because getting a few seconds' heads-up can make a big difference if you need to pull to the side of the road, get out of an elevator or drop, cover and hold on."

In addition to sending out warnings, the app also provides information on how to prepare for an earthquake and what to do after one strikes.

Although the ShakeAlertLA project was initially intended to be made available for the entire West Coast, it saw its large hopes shattered due to a lack of federal funding. However, according to website Lifehacker, the USGS does have plans to expand the alert system at a later time.

Manhunt Is on in California After Illegal Suspect Shot Police Officer