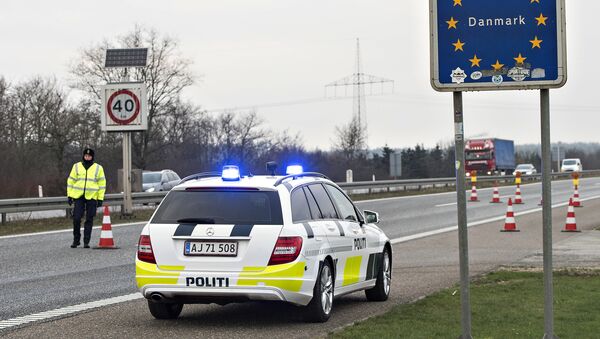 Opposition politicians, by contrast, have described Denmark's step as a token of Sweden's failure to cope with organised crime on its own.

While Denmark's controversial move to introduce border checks to combat crime it claims to be seeping in from its northern neighbour sparked mixed reactions, Swedish Interior Minister Mikael Damberg has wholeheartedly welcomed the step.

He said that the border should not become a “free zone” for criminals and stressed that the Swedish government is launching an investigation into broadening police power in border areas, including the automatic surveillance of vehicles.

When introducing the measure, Danish Justice Minister Nick Hækkerup cited the organised violence in Sweden as the underlying reason.

“Organised crime from Sweden is central here. We have seen a worrying development in Sweden with explosions and increased violence", the Social Democrat minister said.

“This is almost clear-cut evidence that the Swedish gang crime is a failure that now also affects our neighbours”, liberal-conservative Moderate Party leader Ulf Kristersson said.

“We have two socialist movements in the north, only one of them makes sense, and the border goes at Denmark. There, the Social Democrats do a sober analysis of the situation in both Denmark and Sweden”, Adam Marttinen said, stressing the stark difference between the sister parties' approach to issues such as immigration and upholding law and order.

Local Swedish Social Democrat politician Henrik Fritzon decried Denmark's decision, suggesting it undermines the tradition of free movement that predates the EU and was established back in 1954.

According to Centre Party MP Niels Paarup-Petersen, Denmark has indulged in “ineffective symbol policy”, while “sacrificing serious integration solutions on the altar of populism”.

By contrast, Niclas Nilsson of the Sweden Democrats said he had “full understanding” of the Danish border checks, despite calling them “embarrassing” for Swedes. He blamed it on “irresponsible immigration politics”.

Swedish media also published interviews with commuters who were put off by the controls.

“We think it is sad, but we are waiting for how it is done in practice”, Ture Ertmann, spokesman for the commuter club Kystbanen, told the local Västervikstidningen. Every day, tens of thousands of people in the congested cross-border Copenhagen-Malmö agglomeration commute between Denmark and Sweden via the Öresund Bridge.

Several Swedish residents were implicated in major criminal incidents earlier this year in Denmark, culminating in the bombing of the Tax Authority at Østerbro in Copenhagen in August that ruined the building's facade.

The Danish security package also includes a new coordination centre, where the Danish police will analyse the information obtained via border controls with Sweden. Additionally, cooperation with the Swedish police to get a fuller picture of the ongoing traffic between Sweden and Denmark will be tightened.

The spot-checks will be carried out from 12 November.