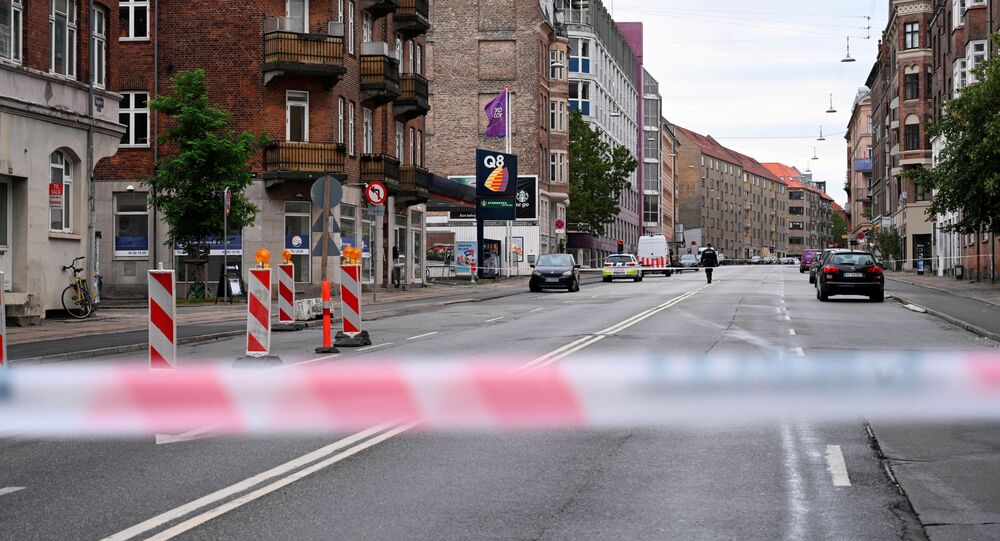 Two explosions hit Copenhagen in less than a week this month, with the first on 6 August seriously damaging the Danish Tax Agency. Two Swedish nationals are allegedly behind the blasts.

Danish prime minister Mette Frederiksen has said that his government will consider strengthening border controls with Sweden, following a bomb-attack on a government agency carried out by two Swedish nationals, Reuters reports.

"We will look into the possibility of protecting our border with Sweden in a better and smarter way," said Mette Frederiksen during the press conference on Wednesday, 14 August.

Earlier on Wednesday, police in Denmark arrested a 22-year old Swedish national and issued an international warrant for a 23-year-old Swedish male in relation to an explosion that damaged the headquarters of the Danish Tax Agency in Copenhagen and injured one person on 6 August.

Police Chief Inspector Joergen Bergen Skov has confirmed that the arrest was made by Swedish police on 13 August.

The explosion is still not confirmed to be directly linked to another blast that took place at a Copenhagen police station on 10 August just four days after the Tax Agency explosion. No people were injured in the blast but industrial explosives were believed to have been used in both cases, Skov said.

During a press conference on 7 August, Frederiksen who assumed office only in June, called the first explosion "an attack upon our sense of security" and said that the safety of Danish citizens was the nation's top priority.

There is currently a maritime border between the two states, as well as the Øresund Bridge which opened in 2000. In 2015 Sweden reintroduced border controls on its border with Denmark due to the migrant crisis in Europe. In 2016 Denmark responded by introducing border controls with Germany.