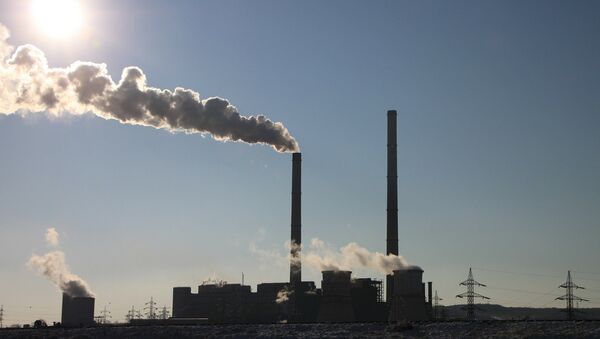 New Delhi (Sputnik) People in the Indian national capital breathed the cleanest air in five years for a day, after the Dussehra festival when effigies of the mythological demon king Ravana are burnt across India.

First implemented in the Delhi-NCR in 2017, the country's Central Pollution Control Board prepared Graded Response Action Plan measures to curb air pollution according to the severity of conditions.

New Delhi banned the use of diesel generators on Tuesday as pollution levels in the Indian capital exceeded safe limits by more than four times.

Other stricter measures like discouraging private vehicles on the roads, closing brick kilns and stone crushers are expected to come into force with time, particularly following the Diwali festival in late October.

A road-rationing scheme is set to come into force from 4-15 November, meaning cars with odd and even plates would be allowed on alternate days during that period.

Indian authorities have also sought to reduce the burning of stubble by farmers in areas surrounding Delhi.

According to government data, concentrations of particles measuring less than 2.5 microns – which can penetrate the lung barrier and enter the blood – hit 108 micrograms per cubic metre on Tuesday.

PM2.5 includes pollutants such as sulfates, nitrates and black carbon, which pose the most significant risks to human health.

As per the WHO's prescribed standards, PM10 and PM2.5 (particles with a diameter less than 2.5 mm) exposure should be no more than 50 and 25 units annually.