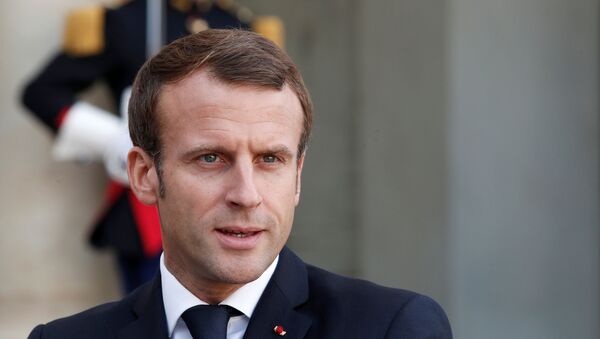 Tim Korso
All materials
Sylvie Goulard, former MEP and Deputy Governor of the Bank of France, suffered a crushing defeat when the European Parliament voted on her candidacy for a high post in the European Commission (EC) despite earlier being approved by the leaders of three major parliamentary groups.

The French press has taken the country's recent failure to appoint Sylvie Goulard as head of the Directorate-General for Defence Industry and Space in the EC as an opportunity to take a jab at President Emmanuel Macron, essentially calling him an architect of this fiasco.

Left-wing newspaper Libération stressed that it was unwise of Macron to try to appoint Goulard in the first place considering a 2017 fraud scandal – after being appointed as the country's Minister of the Armed Forces she was soon forced to resign over investigations into her misusing funds as MEP, which, however, hasn't led to any charges.

"If she was unfit to serve as a minister [in France], why did she apply for a similar position at the European level?" the newspaper questioned.

France24 and Le Monde alleged that the MEPs, who voted 82 to 29 against Goulard, simply got their revenge on Macron over him reportedly being behind turning down Manfred Weber’s candidacy for the post of the head of the EC. His efforts led to Ursula von der Leyen being appointed instead as a compromise option, albeit by a narrow vote.

The French president himself expressed shock at the MEPs' decision to vote down Goulard's candidacy, recalling that before the vote leaders of three parliamentary groups said they were ok with Goulard, despite the 2017 scandal. The daily newspaper, Le Figaro, however, accused Macron of blaming "everyone but himself" and slammed him for acting like a "sore loser", when reacting to the EC nomination fiasco.