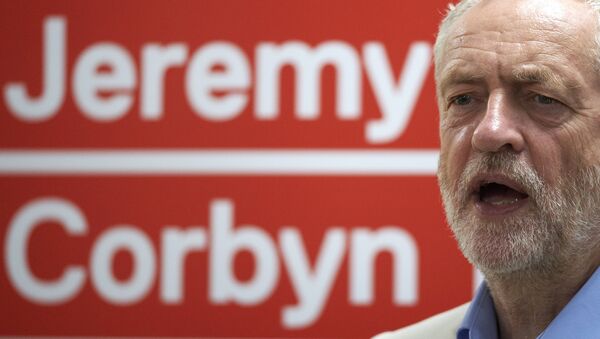 MP Chris Williamson has been challenging his re-suspension from the Labour party since September on grounds of unfair treatment after he was reinstated and then quickly removed from the party again just two days later.

A High Court judge found on Thursday that the Labour Party acted unlawfully in the re-suspension of Derby North MP Chris Williamson.

Despite the court ruling that Labour's re-opening of his case was unlawful, Williamson, who is a strong supporter of Labour leader Jeremy Corbyn, lost his bid to be readmitted into the Labour Party and remains suspended.

Following the court hearing, Mr Williamson called the court judgement a "clear victory for justice and due process."

He called it a "damning indictment of our party's internal disciplinary procedures" and a defeat for the party's bureaucracy.

However, he also said "I never expected, nor wanted, to be in a position where I was forced to take legal action against the party to which I have devoted my life."

"I’ve been a proud and loyal Labour Party member for nearly 44 years. However, today’s judgment has proven that the party’s disciplinary processes are unfair, unfit for purpose, and subject to external manipulation by forces hostile to Jeremy Corbyn’s leadership"

He slammed the "McCarthyite tactics" of the Labour machine for victimising "loyal supporters of Jeremy Corbyn and his leadership."

The battle is won. The war rages on.

The High Court has today judged that the Labour Party acted unlawfully in re-suspending me on 28 June, and "that there was no proper reason" for doing so.

I'm glad the 're-suspension' has been quashed. However, I'm currently suspended. 1/8

In the ruling, Mr Justice Pepperall said that the Labour Party "acted unfairly in that there was no proper reason for reopening the case against Mr Williamson."

He added that "nothing in the new allegations, the timing of the letter of 3 September or the decision to suspend that entitles me to take the view upon the papers that the Labour party is acting either unfairly or other than in good faith".

"I therefore refuse relief in respect of Mr Williamson's recent re-suspension. The new disciplinary case must run its course."

Mr Justice Pepperall added: "It is important to stress at the outset of this judgement that this case is not about whether Mr Williamson is, or is not, anti-Semitic or even whether he has, or has not, breached the rules of the Labour Party.

"The issue is whether the party has acted lawfully in its investigation and prosecution of such charges against Mr Williamson."

According to the BBC, a Labour Party spokeswoman said: "The court has upheld Chris Williamson's suspension from the party and has said his disciplinary case must run its course."

The case began in September when Williamson argued that his treatment by the party was "manifestly unfair" and asked the High Court to void his suspension.

A separate suspension was issued on September 3 over further allegations of misconduct. The Derby MPs original suspension was lifted on 26 June by a sub-committee of the disputes panel of the Labour Party's National Executive Committee but he was re-suspended two days later

Williamson was first suspended from Labour in February following a speech in Sheffield on the party's response to accusations of anti-semitism when he said: "The party that has done more to stand up to racism is now being demonised as a racist, bigoted party"

“I have got to say I think our party's response has been partly responsible for that because in my opinion… we have backed off too much, we have given too much ground, we have been too apologetic."