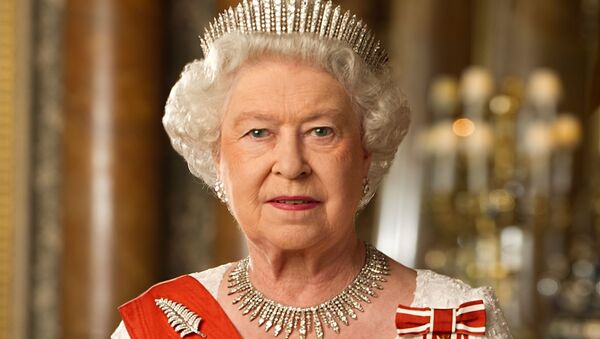 CC BY-SA 4.0 / Julian Calder for Governor-General of New Zealand / Queen Elizabeth II
Subscribe
In order to protect their identities and keep their contact information safe, aides and bodyguards of Britain's Royal Family often use nicknames and code identities to refer to their assigned members.

An anonymous royal source has revealed that the Queen's code name is "Sharon", as reported in the Sun on Tuesday

'She's written down as S. It's Sharon,' the anonymous aide told The Sun this week.

The name is used by royal aides and bodyguards to protect the identity of the 93-year old monarch. The name "Sharon" comes from the "S" used by royal staff, which is a reference to her as the Sovereign.

When asked about the likelihood of this, royal historian Hugo Vickers told the Sun that "It is highly likely. The purpose of any sobriquet is that it should be anonymous and memorable. If it can also be a bit mischievous and therefore all the more memorable, then that makes sense. Although S might simply stand for Sovereign of course". 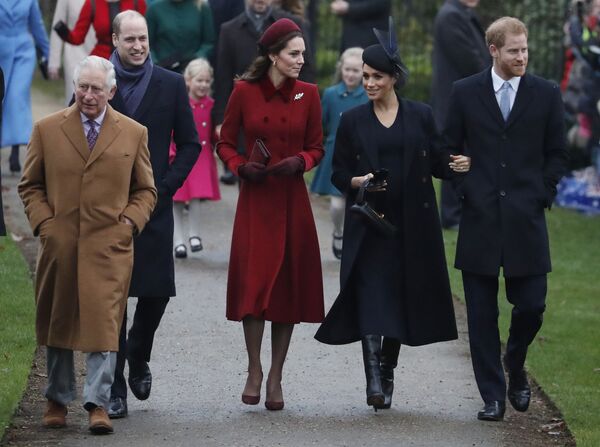 The revelation follows reports that Prince Harry and Meghan Markle's protection officers refer to them as "David Stevens" and "Davina Scott", with the "DS" initials also referring to their official title, the Duke and Duchess of Sussex.

Likewise in their aides contacts, Prince William and Kate Middleton are reportedly called "Danny Collins" and "Daphne Clark" as their respective names the Duke and Duchess of Cambridge delineate, according to the Daily Star.

Another royal source said" "If anyone got hold of a phone belonging to a royal aide or security team member, they won’t find Harry Windsor and Meghan’s names in it, it is far too risky in the wrong hands. They get given code names but they are changed regularly for obvious reasons."

While called "the Queen" or "Hey Majesty" by the public, Queen Elizabeth is also known to go by a variety of nicknames from close relatives. Her Husband Prince Philip refers to her as "Lilibet", playing on her name Elizabeth, as well as "sausage" in private.

Her grandchildren Prince George and Princess Charlotte also refer to Her Majesty as “Gan-Gan”.