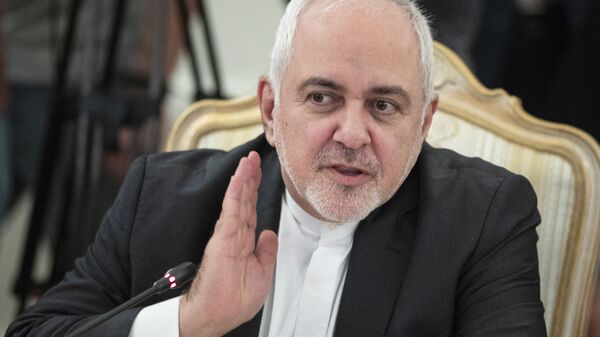 Tim Korso
All materials
Around one fifth of Iranian centrifuges, used to purify uranium, were reportedly physically ravaged as a result of a cyber-attack with the use of a computer worm purportedly developed by the US and Israel. Tehran, however, reported encountering only "minor problems" with its centrifuges.

Iranian Foreign Minister Javad Zarif has stated in an interview with NBC News that Iran is to this day embroiled in a cyberwar with the US that was initiated by Washington a long time ago.

Zarif recalled Operation Olympic Games, reportedly begun by President George W. Bush in 2006 and continued under the Obama administration, that purportedly sought to halt the Iranian nuclear programme's development. The minister also recalled the Stuxnet computer worm attacks on Iranian nuclear facilities, which were reportedly planned and executed by the US and Israel.

At the same time, Zarif cautioned Washington that "any war" that the US starts "it won't be able to finish", including the cyber one.

The Stuxnet computer worm reportedly damaged 1,000 of 5,000 centrifuges at the Iranian Natanz plant by accelerating them beyond safe speeds. Tehran downplayed reports of damages, with then Iranian President Mahmoud Ahmadinejad saying that the cyberattack had caused "minor problems with some of centrifuges".

Stuxnet's development was carried out in collaboration between the US and Israel, according to The New York Times, citing anonymous officials. Washington has never officially acknowledged being responsible for the cyberattack.