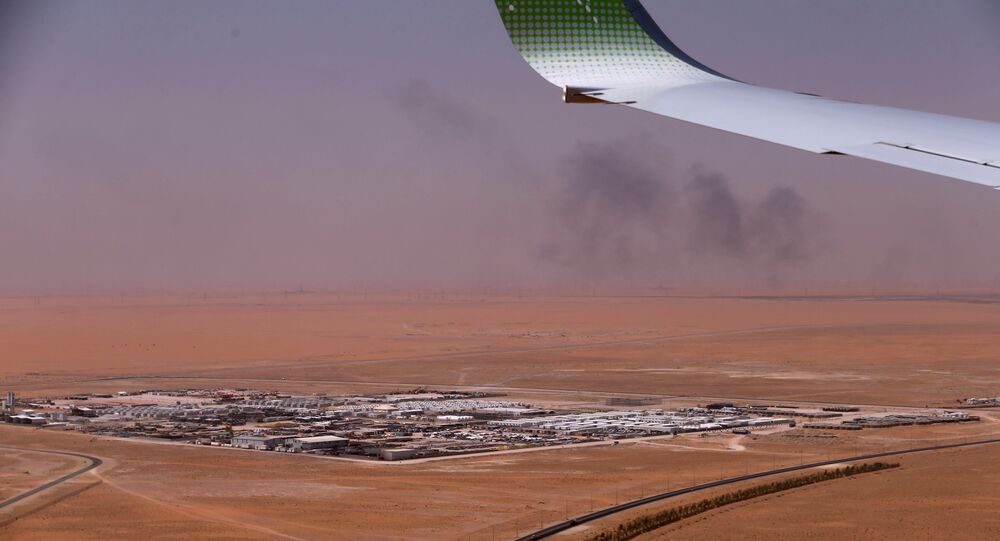 Earlier, Saudi Foreign Minister Adel Jubeir warned that Riyadh would do whatever was necessary to “defend our country” amid Iran’s “aggressive” actions, but added that a war would be the “last option”. Iran’s Revolutionary Guards said any country to attack Iran would become the “main battlefield”.

Tehran cannot rule out the possibility of a military conflict breaking out in the region as a result of tensions stemming from last week’s attacks on Saudi oil facilities by Yemen’s Houthi militants, Iranian Foreign Minister Mohammad Javad Zarif has said.

“I am not confident that we can avoid a war,” Zarif warned, speaking to the CBS Sunday TV programme Face the Nation.

Asked to comment on the US decision to send a ‘moderate number of forces’ and some ‘defensive equipment’ to Saudi Arabia following last Saturday’s attacks by the Houthi militia on its oil facilities, Zarif said Iran was opposed to the idea.

“I don’t think this type of posturing helps,” he said. “I think what helps would be to end the war in Yemen…I think it’s all going the wrong direction in addressing this issue,” the foreign minister said.

On Friday, a Wall Street Journal report citing 'informed anonymous sources' alleged that senior Houthi officials had 'warned foreign diplomats' that Iran, which has denied any involvement in last week's attacks, was "preparing a follow-up strike" to the ones which "crippled Saudi Arabia's oil industry". Houthi officials were said to have 'raised the alarm' about the possible attacks "after they were pressed by Iran to play a role in it," the WSJ claimed, citing sources.

Iranian and Houthi officials have yet to comment on the WSJ story. The Yemeni militia had previously repeatedly claimed responsibility for last Saturday's attacks, and called efforts to suggest that anyone other than themselves was responsible a sign of "cowardice".

On Saturday, Saudi Foreign Minister Adel Jubeir, who has also blamed Iran for last week oil facility attacks, stressed that Saudi Arabia would “do whatever it takes to prevent our country from sustaining damages,” while adding that “war is always the last option”.

The Houthis have launched dozens of missile and drone attacks against military and infrastructure targets in Saudi Arabia over the past several years, striking everything from airports and military bases to US missile defence systems and cities using small drones and ballistic missiles. A coalition of mostly Gulf countries began a military intervention in Yemen in March 2015, seeking to defeat the Houthis and restore ousted Yemeni President Abdrabbuh Mansur Hadi to power. The coalition has accused Iran of supplying the Houthis with advanced weapons. Iran has denied these claims, pointing to the tight blockade in place against the war-torn country.