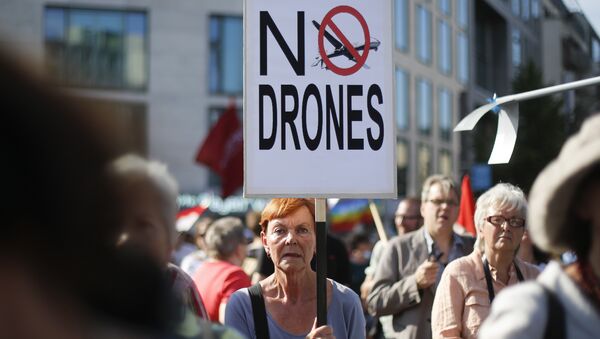 Despite public concern and criticism, numerous countries are developing military drones and autonomous weapon systems that are capable of destroying targets on their own and possibly also of replacing humans on some missions. As the chief of one of the world’s leading tech companies suggests, the global community is unprepared for the shift.

Microsoft President Brad Smith has told The Telegraph that governments urgently need to come up with new rules of the game for using “lethal autonomous weapon systems” being developed by numerous military powers. According to him, these killing machines, which include all kinds of drones with various types of weapons, ranging from guns to bombs, must "not be allowed to decide on their own to engage in combat and who to kill".

He insisted that the world needs a new global convention that will introduce guidelines for this sphere as soon as possible, because, according to his prognosis, killer robots "ultimately will spread… to many countries".

“The safety of civilians is at risk today. We need more urgent action, and we need it in the form of a digital Geneva Convention, rules that will protect civilians and soldiers”, Smith said at the presentation of his new book, Tools and Weapons.

“There needs to be a new law in this space, we need regulation in the world of facial recognition in order to protect against potential abuse”, he said, as cited by The Telegraph.

The outlet points out that while countries like the US, China, Israel, South Korea, Russia, and the UK have joined the robot arms race, the trend is facing strong opposition worldwide. For instance, the Campaign to Stop Killer Robots has spread to over 57 countries, comprising over 100 non-governmental organisations.