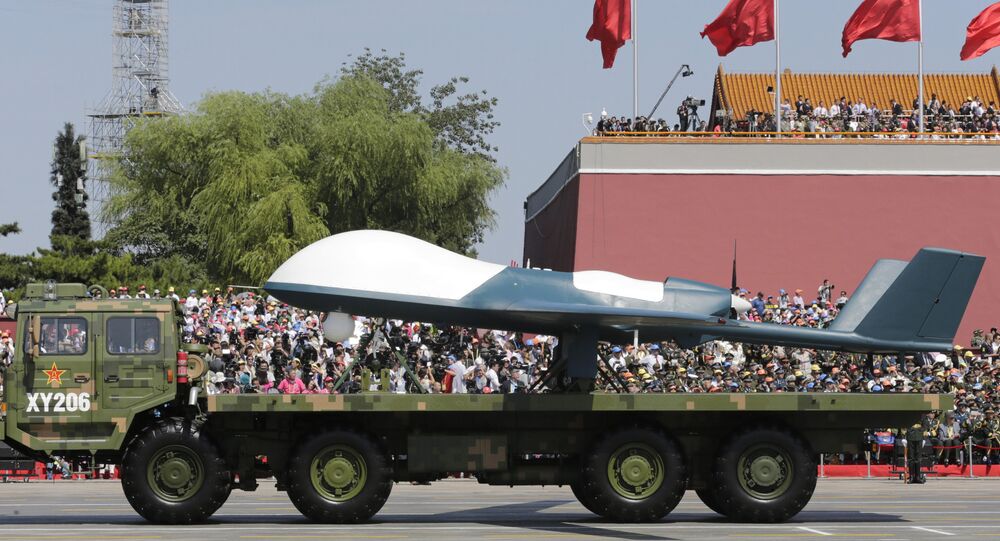 Serbia has announced it will buy nine Chinese military drones. While Chinese civilian drones dominate the world market, this will be the first time Chinese-made unmanned aerial vehicles have been sold to a European country.

Belgrade announced Tuesday it would buy nine Pterodactyl-1 armed drones from Chengdu Aircraft Industry Group, but might go as far as purchasing 15 more.

“The Chinese have very good pilotless aircraft, probably second only to the United States,” Miroslav Lazanski, a Belgrade-based military analyst, said in a TV interview, according to Stars and Stripes. “They obviously copied some American systems [but] Chinese drones are very effective and very cheap.”

“This [sale] will greatly strengthen the Serbian military, which will gain capabilities it has not had in the past,” Serbian Defense Minister Aleksandar Vulin said in a Tuesday television interview.

Serbia, a militarily-neutral nation, was subjected to a vicious bombing campaign by NATO during the 1999 Kosovo War, the final act in Washington’s decade-long bid to dismantle what remained of the former Yugoslavia.

"We don’t have ideological prejudices in what concerns buying weapons," Serbian Assistant Defense Minister Nenad Miloradovic said in September 2018, when negotiations for the deal were first announced. The country has bought weapons from a diverse set of countries, including the Netherlands, Russia, the US and now China. However, Serbia is also an arms exporter, and some of its Zastava M02 Coyote machine guns and M73 60-millimeter mortars have turned up in the Yemeni War, believed to have passed to Saudi-allied rebels by way of the United Arab Emirates, who bought the guns from Belgrade.

Serbia’s far from the first country to buy Chengdu’s Pterodactyl-1 drones: also known as the Wing Loong, the aircraft has been exported to Uzbekistan, Saudi Arabia and Russia, among others. Superficially somewhat similar to the United States’ MQ-9 Reaper made by General Atomics, the Pterodactyl-1 can carry 440 pounds combined of both weapons and reconnaissance gear, has a range of 2,500 miles and can remain aloft for 20 hours.

However, while this represents the first European purchase of Chinese military UAVs, the country’s civilian drones have already come to dominate the market in many European nations, raising alarm among US intelligence specialists afraid of Beijing penetrating their security.

The US Department of the Interior has fought the use of DJI’s drones, arguing they “did not meet UAS [unmanned aerial systems] data management assurance standards” - a reference to claims made against other Chinese tech companies like Huawei - but eventually was forced to resort to using the company’s UAVs, Sputnik noted. However, other government agencies, including the Pentagon, have moved to bar their use completely.

"American geospatial information is flown to Chinese data centers at an unprecedented level. This literally gives a Chinese company a view from above of our nation," Harry Wingo, a professor at the Pentagon’s National Defense University, told the Transportation Subcommittee of the Senate Commerce Committee during a June 18 hearing. Wingo’s comment suggests that, like Huawei, ZTE, Dr. Peng and other Chinese tech firms, the private company DJI somehow functions as a surreptitious arm of Chinese government intelligence.

This past May, the US Commerce Department blacklisted Huawei, the world’s largest maker of internet hardware and second-largest cellphone maker, along with 70 other Chinese firms, on the grounds that they constituted a “national security risk,” barring US firms from buying their technology without a specific license to do so. Other members of the “Five Eyes” intelligence-sharing network, which includes the UK, Canada, US, New Zealand and Australia, have made similar moves against Huawei and ZTE in particular.

However, DJI has pushed back against the accusations. In a letter to the Senate Commerce Committee dated just days after Wingo’s testimony, the firm’s Vice President and Regional Manager, North America, Mario Rebello tried to set the record straight, saying that DJI drones "do not share flight logs, photos or videos unless the drone pilot deliberately chooses to do so."

Rebello also noted that the data is stored on the drone and the pilot’s mobile device, never travelling over the internet. Further, the pilot has the ability to disconnect all internet connections, and the company has embedded password and data encryption features into its products.

"We are deeply concerned that, left unchecked, the unsubstantiated speculation and inaccurate information … will put the entire US drone industry at risk, causing a ripple effect that will stunt economic growth and handcuff public servants who use DJI drones to protect the public and save lives," Rebello said.