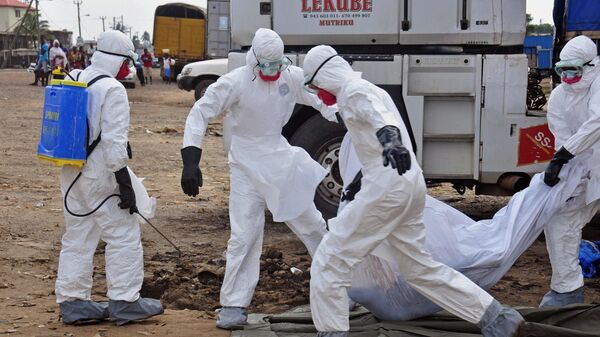 © AP Photo / Abbas Dulleh
Subscribe
International
India
Africa
Polina Strelnikova
All materials
A fresh report by the Global Preparedness Monitoring Board (GPMB), co-convened by the World Health Organisation and the World Bank Group, warns that we are underprepared if a new contagion similar to the 1918 influenza pandemic strikes. According to its experts, it is “well past time to act”.

The Global Preparedness Monitoring Board (GPMB), tasked with providing an appraisal for policymakers and the world about the response capacity for disease outbreaks, has revealed in its new report that the chances of a devastating global pandemic are rising. However, according to the body, which was launched by the WHO and the World Bank, “the world is not prepared".

"For too long, we have allowed a cycle of panic and neglect when it comes to pandemics: we ramp up efforts when there is a serious threat, then quickly forget about them when the threat subsides. It is well past time to act", their annual report, compiled by 15 public health leaders, says, noting that "the threat of a pandemic spreading around the globe is a real one”.

The health experts warn that in the event of a pandemic like the notorious 1918 influenza contagion, 5% of the global economy could be wiped out and up to 80 million people could be killed.

"A quick-moving pathogen has the potential to kill tens of millions of people, disrupt economies and destabilise national security", the report warns, pointing out that the contagion could spread within 36 to 50 hours in our well-connected world.

Although the panel of experts admits that scientific advances have helped counter dangerous diseases, it also warns that there is a danger that new pathogens could be created in laboratory environments.

"All parts of society and the international community have made progress in preparing to face health emergencies, but current efforts remain grossly insufficient", the report noted, also slamming policymakers for a "lack of continued political will".

Poorer countries are said to be struggling to comply with International Health Regulations and lack support from the global community despite, for example, the G7 pledge.

"Poverty and fragility exacerbate outbreaks of infectious disease and help create the conditions for pandemics to take hold", acting chief executive of the World Bank Axel van Trotsenburg, who is a member of the panel, said.

The WHO has urged world leaders to proceed with seven steps to avert a possible crisis, including to monitor the situation, work out disaster plans, boost coordination within the UN, and to develop preparation systems, among others.