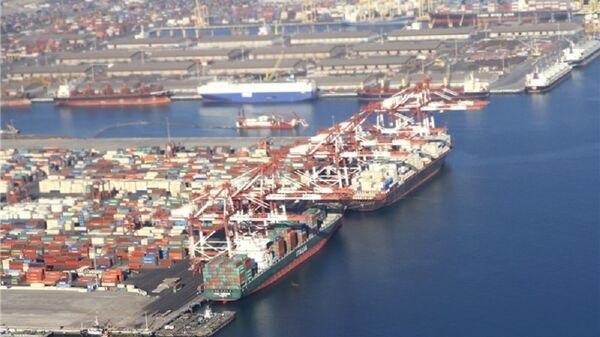 During the meeting, Gokhale and Dr. Araghchi reviewed the development of Iran's strategic Chabahar Port to fully operationalise the Trilateral Agreement between India, Iran and Afghanistan.

Chabahar Port is considered a golden gateway for New Delhi’s trade with Iran, Afghanistan and the countries of Central Asia. The port, situated on the Indian Ocean in Iran's Sistan and Baluchistan Province, is easily accessible from India’s western coast.

The Chabahar route would result in a 60 percent reduction in shipment costs and a 50 percent cut in shipment time from India to Central Asia. Development of the port was first proposed under the last Shah of Iran in 1973, but it was delayed by the Iranian Revolution in 1979.

Iran’s southeastern port of Chabahar also has strategic significance in the International North-South Transport Corridor project. The proposed 7,200 kilometre-long multi-mode corridor is designed to connect India to Russia, Western Europe, the Baltic States, and Scandinavia. It would reduce transportation time by half.

There has been pressure on India to resume crude imports from Iran, after facilities owned by Saudi Aramco, one of the largest oil producers in the world, were attacked over the weekend. Saudi Arabia is one of the largest sources of crude oil for India and Aramco is reported to have assured New Delhi that they would ensure stead supply to India.

Indian Petroleum Minister Dharmendra Pradhan said on Monday (16 September) that his ministry is monitoring the “evolving situation” after the attacks on Saudi oil infrastructure and necessary steps would be taken if necessary.