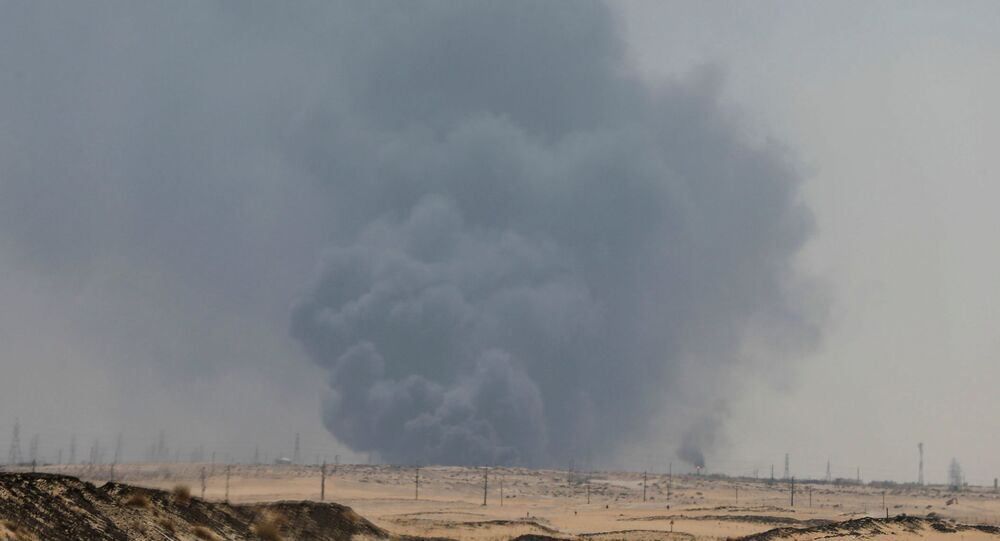 DOHA (Sputnik) - Riyadh will invite international experts and UN specialists to join the investigation into the recent attacks on Saudi Aramco oil facilities, which have affected the oil market, the Saudi Foreign Ministry said.

On Saturday, Saudi Arabia was forced to shut down two Saudi Aramco oil facilities, namely Abqaiq and Khurais, after a drone attack, claimed by Yemeni Houthis, caused massive fires. The incident led to a cut in oil production totalling 5.7 million barrels per day — about half of Saudi Arabia’s daily oil output.

Riyadh also called on the international community to "take a firm and clear position against this reckless behaviour that threatens the global economy."

Houthi rebels regularly conduct drone attacks on facilities in Saudi Arabia, which has been providing air support to Yemen’s internationally recognized government in its fight against Houthis since spring 2015. At the same time, US officials have claimed that intelligence indicates Iranian involvement in the incidents. Iran firmly denied any involvement.