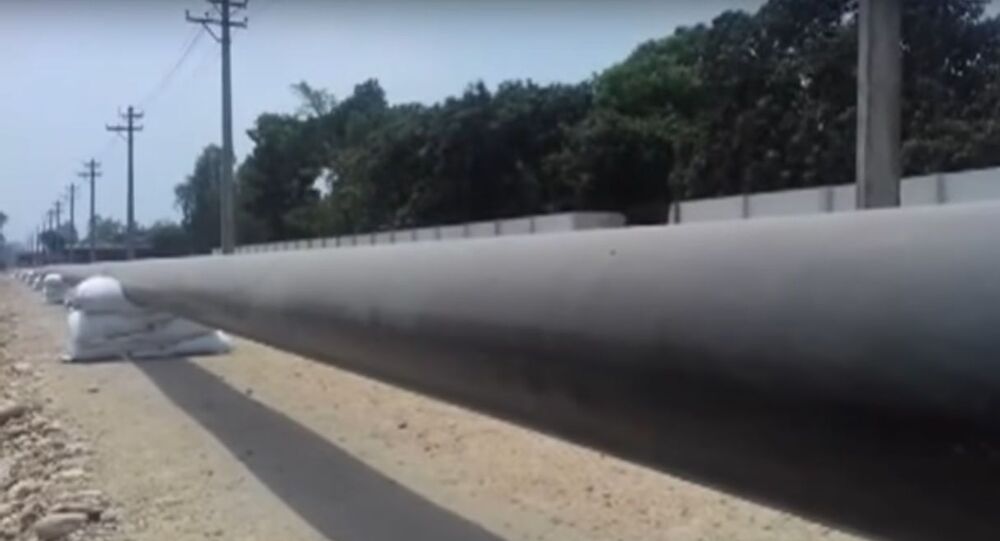 New Delhi (Sputnik): On a day of spiking crude prices, Indian Petroleum and Natural Gas Minister Dharmendra Pradhan assured the markets that oil supplies to India would not be disrupted. The move is likely to assuage concerns over India's economic growth outlook.

Pradhan said that his ministry is monitoring the “evolving situation” after the attacks on Saudi Arabia's oil infrastructure and that necessary steps would be undertaken if necessary.

“We have reviewed our overall crude oil supplies for September with our oil marketing companies. We are confident there would be no supply disruption to India. We are closely monitoring the evolving situation,” Pradhan said.

He said that following the attacks on the oil installations, New Delhi had spoken with top executives of Aramco.

“The Indian ambassador in Riyadh contacted the senior management of Aramco to ensure the steady supply to India."

Following the attacks on the oil stabilization centres of @Saudi_Aramco, top executives of Aramco have been contacted. Indian ambassador in Riyadh @IndianEmbRiyadh contacted the senior management of Aramco to ensure steady supply to India.

​Petroleum ministry officials said that the country has sufficient supplies of oil in underground rock caverns, which can store around 5.33 million metric tons of crude oil at three locations in the southern part of the country.

Brent crude oil prices surged by around 20% on Monday after the Aramco facilities were attacked. The US has blamed Iran for the attack, but Iran has denied any involvement.

Last week, Saudi Arabia assured India that it would remain a reliable oil supplier during Pradhan’s visit to Jeddah. Saudi Arabia is India's second-largest oil supplier behind Iraq and has promised to invest more than $50 billion in India’s oil sector, including investments in the country’s largest oil refinery complex.