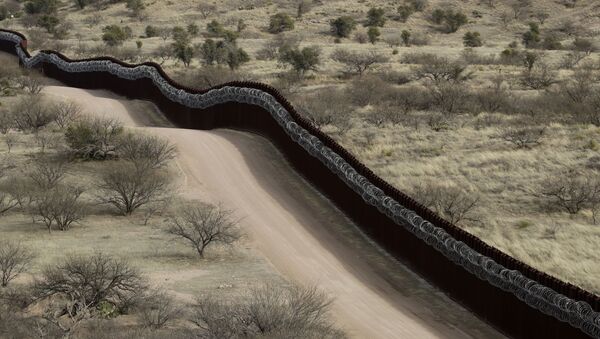 The rule, which requires immigrants to seek asylum in another country they pass through on their travels to the US, could soon be implemented, according to the court.

The rule does not apply to victims of trafficking or migrants who were refused asylum in other countries they passed through. Under the ruling, however, the US government can deny asylum to anyone who didn't apply for asylum in another nation after fleeing their home country but before coming to the US.

US Supreme Court Justices Sonia Sotomayor and Ruth Bader Ginsburg both objected to the court ruling.

“Once again the Executive Branch has issued a rule that seeks to upend longstanding practices regarding refugees who seek shelter from persecution,” Sotomayor wrote in her dissenting opinion, according to the Washington Post.

“Although this Nation has long kept its doors open to refugees — and although the stakes for asylum seekers could not be higher — the Government implemented its rule without first providing the public notice and inviting the public input generally required by law," she added.

The ruling comes after the Trump administration requested that the Supreme Court lift an order that prevented the administration from enforcing the asylum restriction.

Mexico's Foreign Minister Marcelo Ebrard revealed Monday that Mexico will not agree to being a safe third country for those seeking asylum. "I just heard statements from the CBP [US Customs and Border Protection] manager. I reiterate in the face of pressures: Mexico is not and will not accept being a safe third country, we have a mandate in that regard from the President of the Republic and it is a consensus in the Senate of all political forces. We will not accept it," Ebrard said in a translated tweet Monday afternoon.

​In July, the American Civil Liberties Union, Southern Poverty Law Center and Center for Constitutional Rights filed a lawsuit in the US District in San Francisco challenging the Trump administration's asylum restriction.