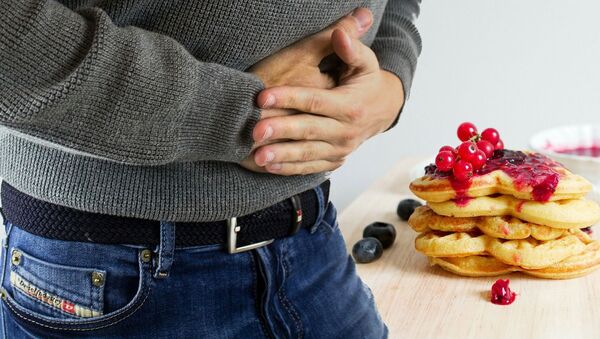 Seven Ohio teen boys have been charged for their roles in putting bodily fluids inside food and condiments that were fed to their teachers earlier this year as part of a middle school “prank.”

According to Delaware County, Ohio, juvenile court documents, the students, all 14 years old at the time, hatched a plan to contaminate the crepe and chicken dishes they were making for their teachers as part of an end-of-the-year “Global Gourmet” cooking class competition.

During the preparation of a crepe, one student was blocked by others as he took a bag of his own semen out and “dripped the semen on a crepe” before serving it to a teacher who ate the thin pancake.

The same day, at least two students also mixed urine into barbeque sauce and “served a plate with the contaminated barbeque sauce to a teacher” who dipped their chicken into the concoction.

Back in May, Sputnik reported that students at Olentangy Hyatts Middle School were under investigation after video footage of the fluids being mixed into the food went viral amongst the student body. Authorities would later reveal that they were alerted after a student showed the video to a staff member.

As a result of the three-month investigation, the student who drizzled his semen on the breakfast food and the two teens who put their urine in the barbeque sauce received the harshest charge: felony assault on a teacher.

Attorney Brad Koffel told the Columbus Dispatch that he does not believe that the felony assault charges are fair, because the teachers would have to prove they were physically harmed from the defiled crepes and condiment.

The other involved students were charged for tampering with evidence, complicity in the attempted deletion of videos and text messages and failure to prevent food contamination they knew would occur.

“This is an example of how easily influenced kids are by what they see on YouTube and social media. They are learning an extremely hard lesson. We feel horrible for these teachers,” an unidentified attorney representing four of the boys claimed to local Columbus, Ohio, outlet WBNS-10TV on Tuesday.

The Olentangy Local School District also issued a statement concerning the incident, saying that “we are saddened that these charges are a result of actions that took place at one of our schools. Our teachers deserve respect and kindness, and anything less than that is completely unacceptable. We will continue to support law enforcement in every way possible.”

The students, now in high school, will each have their day in Delaware County Juvenile Court beginning September 16.