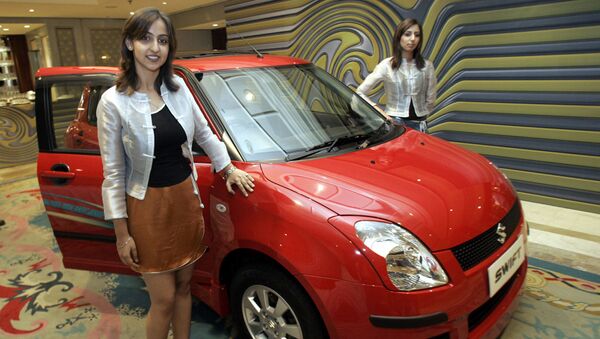 Maruti Udyog Limited, a majority Japanese shareholder automobile manufacturer, which had a market share of 53% of passenger cars, announced a production closure for two days during the current week, in the face of sales declines.

The company had registered a 36.14% decline in sales during August. Maruti, in a press release, said: “the passenger vehicle manufacturing operations of Gurugram Plant and Manesar Plant in Haryana will be shut down for two days”.

Sales of medium and heavy-duty commercial vehicles, excluding buses – considered a barometer of economic activity, more than halved in August.

Ashok Leyland, the second-largest commercial vehicle maker in India and the fourth largest bus manufacturer in the world, registered the highest year-to-year slowdown in sales at 70% for trucks in August. The overall downturn in this bracket was 59.5%.

India’s overall growth in industrial production also slipped to a four-month low of 2%, mainly due to poor performance of mining and manufacturing sectors, according to data released by the government on Friday 30 Aug.

Finance Minister Nirmala Sitharaman had announced a slew of measures to revive the economy, but they failed to impress market sentiments. She had also announced the merger of 10 state-run banks into four, to revive credit growth. On Tuesday 3 Sept the federal cabinet approved an infusion of Rs. 4557 crore or about $630 million into IDBI Bank.

India's Automotive Industry is the fourth largest in the world, employing more than 35 million people, directly and indirectly, and accounting for nearly half of India’s manufacturing output.